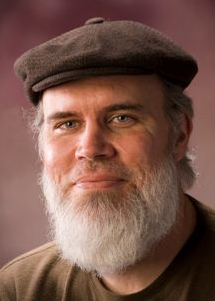 Christoper, tell us about your new novel, Annabel Lee.
Annabel Lee stems from my lifelong love of Edgar Allan Poe. He was my first favorite writer, from virtually the moment I discovered his work when I was eleven or twelve. For several years I was all but obsessed with him, reading every word of his I could find—even things like his literary criticism, which I couldn’t really understand, and yet I loved the way he used words. “Annabel Lee” was my first favorite poem, which ignited a love of poetry I still have more than forty years later. My novel is narrated by Annabel Lee herself—telling her own story, in her own words. It turns out that Poe got a lot of things wrong! My Annabel tells the true tale. 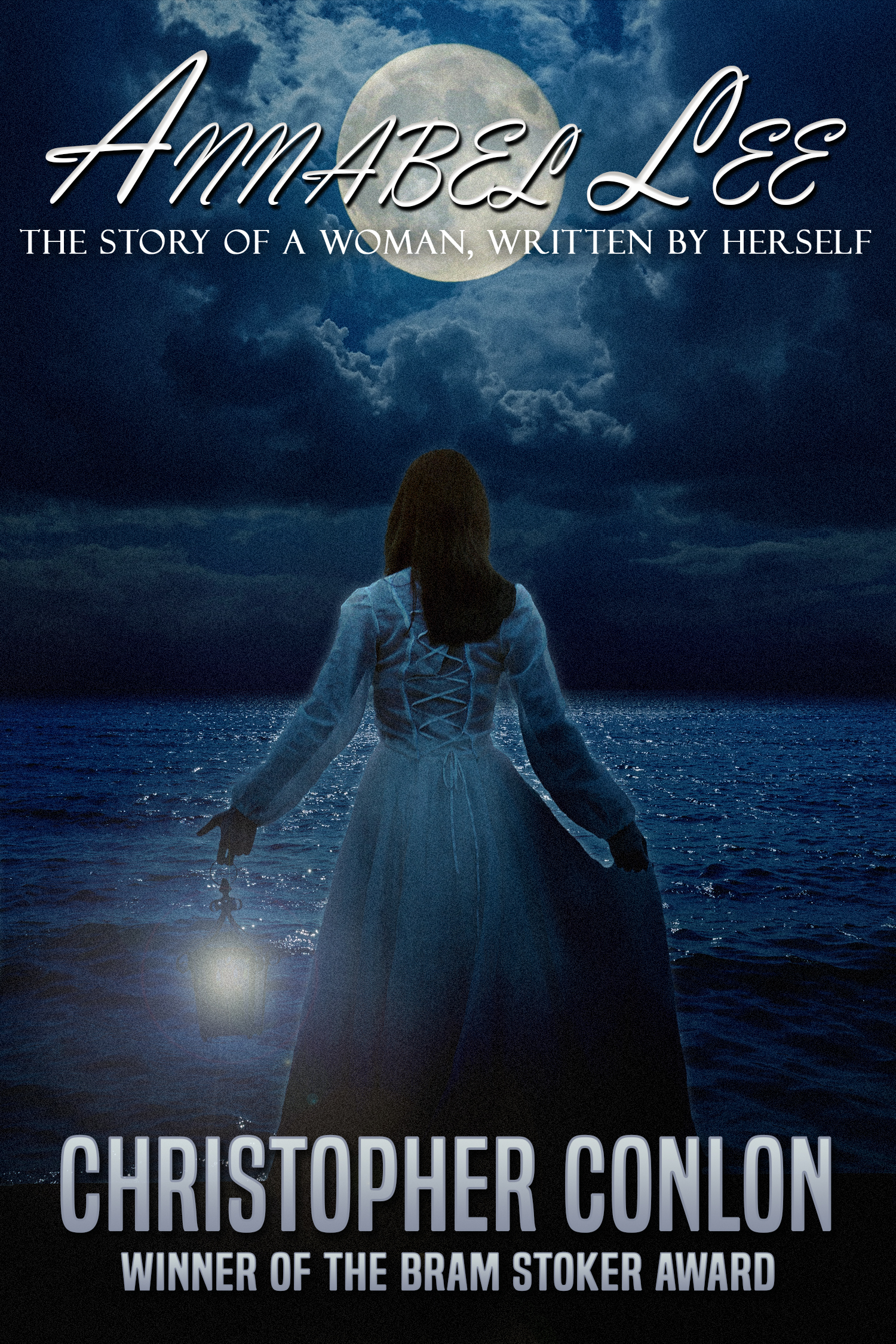 Lee, I have a website at http://www.christopherconlon.com, where interested parties can check out my bibliography. I’ve done something north of twenty books, the best known of which are He Is Legend: An Anthology Celebrating Richard Matheson, which was a genre bestseller and won the Stoker Award, and my novel Savaging the Dark, which Booklist placed in their list of the ten best horror books of the year and Paste Magazine called one of the fifty best horror books of all time. I’ve worked with a lot of the major players in the horror field—Tor, Cemetery Dance, Dark Regions—and had work in anthologies like Masques V and magazines like Dark Discoveries. So I’ve been around for a while.

Tell us a little bit about yourself: where you’re from, how long you’ve been writing, what kind of fiction you like to write.
I’m from the Central Coast of California originally, but I’ve lived in the Washington DC area for the past twenty-nine years. In all that time I’ve been writing. I began with my own homemade comic books when I was five or six and graduated to prose fiction around the time I discovered Poe and then The Twilight Zone, my other great formative influence. Most of my fiction has a “weird” edge as a result, though I’ve written mainstream and literary fiction too, not to mention poetry.

What was the best money you ever spent as a writer?
I’d have to say the eighty dollars or so that I used to by a Sears portable typewriter when I joined the Peace Corps in 1988. It caused some problems occasionally with airport security people, but I used that little machine all throughout my time in the Kalahari Desert of Botswana. I wrote all my first published poems on it. I was the only Peace Corps Volunteer in the entire country with his own typewriter—it just wasn’t something people brought along from the U.S. But it kept me writing throughout the whole experience.

What was an early experience where you learned that language had power?
Well, this answer could go into some dark places, since both my parents were drunks—my mother died of cirrhosis when she was forty-nine and my dad was arrested for driving under the influence at least twice that I know of. They certainly said any number of things to me that proved language had power, and in a way I think I’m still recovering from some of them. But I discovered that I could also fight back with words—and I did so, through my writing. Maybe I’m still doing that, I don’t know.

What do you owe the real people upon whom you base your characters?
I’ve never based a character on a real person. I might use some aspect of a real person as part of a character—a habit of speech they have, say. But why base characters on people I know instead of using the most powerful tool in the whole writer’s toolkit—my imagination?

What does literary success look like to you? Do you think you’ve attained it?
Hmmm. Interesting question. There are the obvious material signs of success, which for the most part I have not attained. My income as a writer isn’t large, nor is my readership. On the other hand, my books get published, they’re generally very well reviewed, and I’ve even received an award or two. Is that success? Some days it feels like it is. Other days, no.

Have you read anything that really made you think differently about fiction?
When I was in my early twenties I discovered the fiction of Truman Capote, who definitely made me rethink the possibilities of fiction. I’d never read any of the so-called Southern Gothic writers, and his way with language was almost as potent, and as revelatory, as Poe had been for me a decade earlier. Any horror reader should be familiar with Capote’s stories “The Headless Hawk,” “Miriam,” “Shut a Final Door,” “A Tree of Night”… and of course his great nonfiction masterpiece, In Cold Blood.

What was your hardest scene to write?
Generally speaking, I don’t find writing hard. Once I’m going on a project I rarely get stuck for any significant period of time. But I’ll admit that there was one scene in Annabel Lee that caused me fits because I simply couldn’t figure it out. I had my heroine in a dramatic situation from which she needed to escape, but I just could not figure out any way for her to do it. I was writing on the book day after day, coming closer and closer to that pivotal scene and still not knowing what would happen! Well, the clouds parted at last, and it came to me in a rush only a day or two before I had to write it. The writing itself, once I had the approach to the scene, wasn’t difficult.

Does your family support your career as a writer, Chris?
Oh, sure. My wife reads all my work. It was a different story when I was young—my parents definitely did not support the idea of this weird kid writing all these stories and sending them off to magazines that always rejected them. I got no support at all from them. Quite the opposite, in fact.

Do all authors have to be grammar Nazis?
I’m not sure what a grammar Nazi is. Is someone who points out an error a Nazi? I don’t know. I try the best I can with grammar, but I make mistakes—which I usually discover upon reading through a brand-new printed and bound copy of one of my books!

How often do you write?
Not as often as I used to. When I was in the Kalahari Desert thirty years ago I wrote every morning in the pre-dawn hours, before I went off to my job teaching at a secondary school there. Now it’s more sporadic. Most of my writing nowadays I do in the summertime.

What, according to you, is the hardest thing about writing?
The same thing that’s the hardest about any regular disciplined activity—getting started each day. Once I’m going, though, I just go.

What would you say is the easiest aspect of writing?
Having ideas. People who aren’t writers always think that ideas are the big thing. They come to somebody like me and say, “I have this great idea for a story!” and generally want me to write it and for us to split the proceeds. But any idiot can have an idea, and many idiots do. The idea is the least of it. It’s how the idea is fleshed-out, developed, written. That’s the real work.

Do you read much and, if so, who are your favorite authors?
Lee, I would be extremely dubious of any “writer” who said that he or she didn’t read much. Reading is all! It’s everything. It’s the foundation of all the writing any writer will ever do. For me it’s Poe, as I’ve mentioned, and Capote, and Tennessee Williams, all the Southern Gothics, along with the Twilight Zone crew—Serling, Matheson, Beaumont and the rest. Joyce Carol Oates. The early Bradbury. But also different types of writers—I’ve read all twenty-three of Anita Brookner’s quietly beautiful novels of British middle-class life. H.G. Wells, George Gissing, W. Somerset Maugham. James Baldwin. Proust, Turgenev, Chekhov. Science fiction guys—Asimov, Pohl, Clarke, Simak. Just all sorts of things, really. And I haven’t even mentioned poetry! But that’s what I’d tell anyone who wants to be a writer: Write, yes, but for God’s sake read. Start reading and never, ever stop.

I had to agree with Chris on this reading point, and I enjoyed hearing all his answers.

You can connect with Chris at: