I recently had a chance to interview writer Reed Alexander. 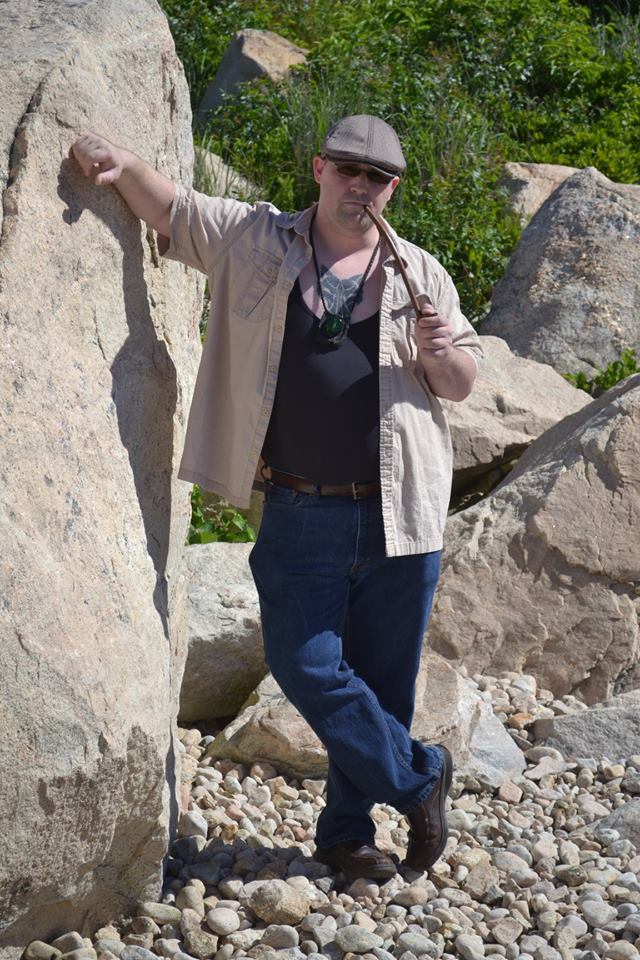 He lives in upstate New York, where he’s become intimately familiar with the capital region. “Even since I was a scrappy teenager,” he says, “I spent a large portion of my childhood either in big cities or deep forest.” He holds a deep and separate love for both where, he admits he was “a bit of a wild animal” that may or may not have something to do with his love of horror.

Reed is a horror writer and critic, and a bit of a fanatic about the genre in general. “Nothing really entertains me quite as much as horror does. It is possible that the legends of both the deep forest and urban decay drove my curiosity for the terrifying. Both are equally and naturally scary places in their own right.”

When did you first start writing? Did you ever think it would lead you to where you are today?
I was twelve. I use to write RIFTS fan fic and didn’t think much of it at the time. As a matter of fact, I was so deeply ADHD and poorly disciplined in the English language, I seldom finished any writing until I was in my early twenties.

I’m still learning new things about the English language today at 38. It’s been a long, strange journey. I should mention I was illiterate until the fifth grade. I wasn’t a strong writer till about the age of 25, and I never considered it possible to have a career in writing. And yet, I felt compelled to. I couldn’t stop. I had stories and I needed to tell them. Even if no one would listen.

What are you currently working on? Do you have a release date, and where will it be available for purchase?
What I’m working on right now is a joint effort between me and a gentleman named James Leif. He doesn’t do interviews, otherwise I’d send him your way. Admittedly, he’s a bit of an enigma to me. Right now he’s studying a structure recently discovered among the Hobbit People (Flores Man) of Flores, Indonesia.

I do have two books coming out, though. The first is The Flagellant, which drops around the end of April. The other, In the Shadow of the Mountain, will be released next month. I’ve also recently accepted a contract to be in an anthology of short stories called Sorrow. My short is titled “Cold.”

What else have you published so far?
So far, I have a few shorts published in Art Post Magazine. The first story, “Inside,” was the featured story of their June edition. (https://artpostmag.com/product/june-2018-artpost-magazine-physical/)

The second is titled “Not In My Country,” which was accepted for their October Horror anthology. (https://artpostmag.com/product/october-2018-artpost-magazine/)

Oddly, the first thing I wrote, while really violent, wasn’t horror. It was about an anti-hero with serious reality-bending super powers called “Bend or Break.” (https://www.pagepublishing.com/books/?book=bend-or-break)

What is the most difficult part of your artistic process?
Focus. I have serious ADHD. I’m always working on five thing at a time.

How long on average does it take you to write a book?
Depends on the book. The first thing I wrote took months to finish and years to perfect. The most recent novella I wrote took only about two weeks to write and about a month to perfect.

A common misconception about authors is that they are socially inept. Does that hold true for you?
I am about as socially awkward as they come. I hate being around people. I don’t like social situations. I can’t stand the mall, I can’t stand bars, I can’t stand clubs… this is basically going to turn into a list of places filled with people that I don’t like.

Now, I can socialize and, as a matter of fact, I find I do it well. I just hate to.

What makes the horror genre so special to you?
I don’t know. Life is pretty boring really. I guess I wish it was actually filled with ghosts and monsters and shit. Writing is about escapism. Why I choose to escape into the terrifying? Not sure. I just find it more interesting than fantasy or action. I think it’s the nature of the conflict. Something feels more human about the struggle inherent to horror.

What’s your process for getting from idea or situation to an actual plot that you can outline (if you outline)?
I don’t outline. I usually get an idea and then I target an outcome. It feels like the journey between point A and B is just a natural progression.

So how do I get an idea? Several different ways. I either have a dream—no shit—I have a nightmare that has a full-blown plot, start to finish, and I write that, or something pisses me off. When something pisses me off, I feel the need to address it in some way. The Flagellant, for instance. That story is about how much I hate the way victims are commonly written in horror movies. Far too often, they’re written as either generally obnoxious debauchees at best, or absolute insufferable assholes at worst. There’s no relating to them and half the damn time you’re rooting for them to get killed. I wanted to write a story about trying to humanize said insufferable assholes.

If you had the choice to rewrite any of your books, which one would it be, and why?
The Flagellant. I wrote it almost twelve years ago, and I’ve improved so much since then. It took three editors almost two months to clean it up. It was embarrassing. I’d want to rewrite it as the writer I am now to see what I could do with it.

Do you prefer writing short stories, novellas, or novels?
The pen COMMANDS ME! I joke, of course, but I really don’t know what I’m writing until I’m in the thick of it. There’s no real preference. I feel like some stories just need to run longer than others.