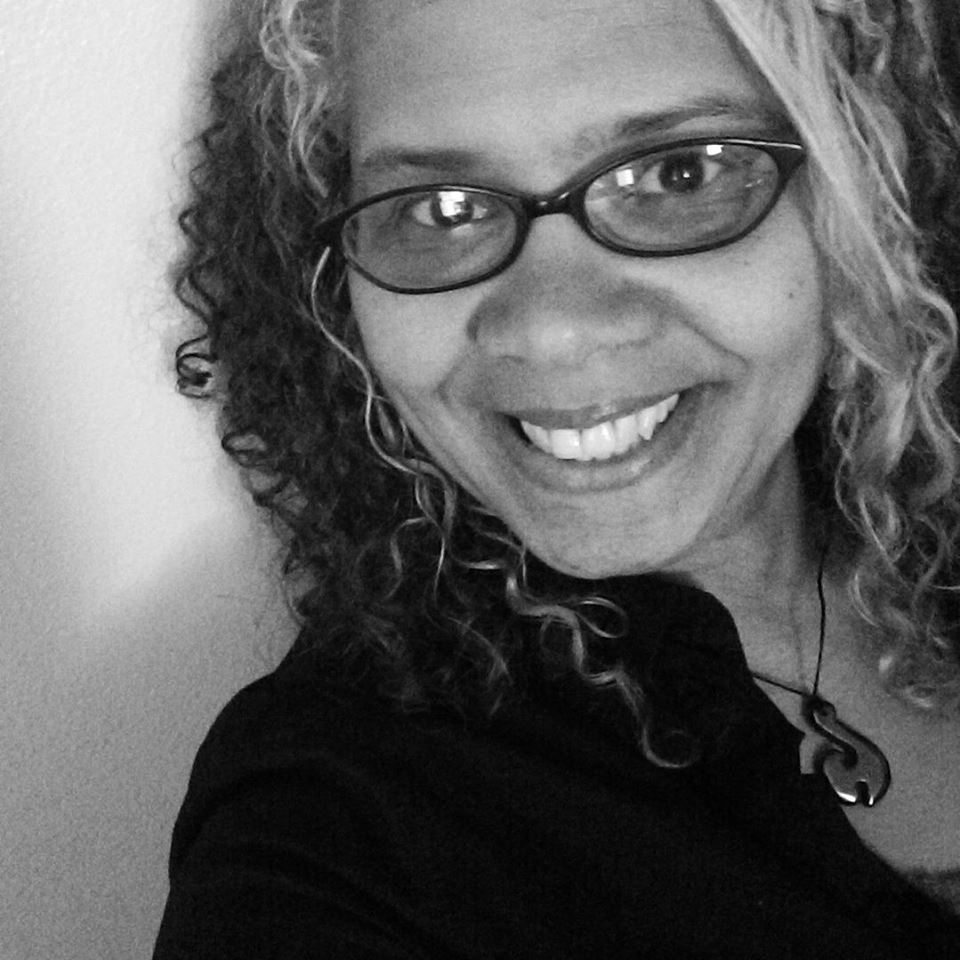 Michelle Renee Lane started writing stories at the age of twelve and won a short story contest in elementary school. She really started exploring different kinds of writing in her mid-teens—poetry, fan fiction, short stories, and even a bit of erotica, “which,” she says, “I’m sure I would be embarrassed to read at this point.”

Lane now writes under the speculative umbrella, so her stories usually mix genres—horror, fantasy, often with a romantic/erotic element as well. “But,” she admits, “most of my stories don’t end with a happily-ever-after, unless you really dig monsters.” We do.

Michelle, what have you published so far, and where?

My first publication was actually in an academic journal. I presented a paper comparing the AIDS epidemic to vampirism for a colloquium at Shippensburg University many moons ago.

But my first short story, “The Hag Stone,” appeared in the anthology Dark Holidays (Dark Skull Publications). Earlier this year, my short story, “Crossroads,” appeared in Terror Politico: A Screaming World in Chaos (Scary Dairy Press). And my debut novel, Invisible Chains is available July 22 from Haverhill Housing Publishing LLC. I have a few other short stories coming out later this year, and next year as well.

Tell us about your new novel, Invisible Chains. What’s the most important thing you’re trying to say with this book? How does it express your experience as a human being that is uniquely you? 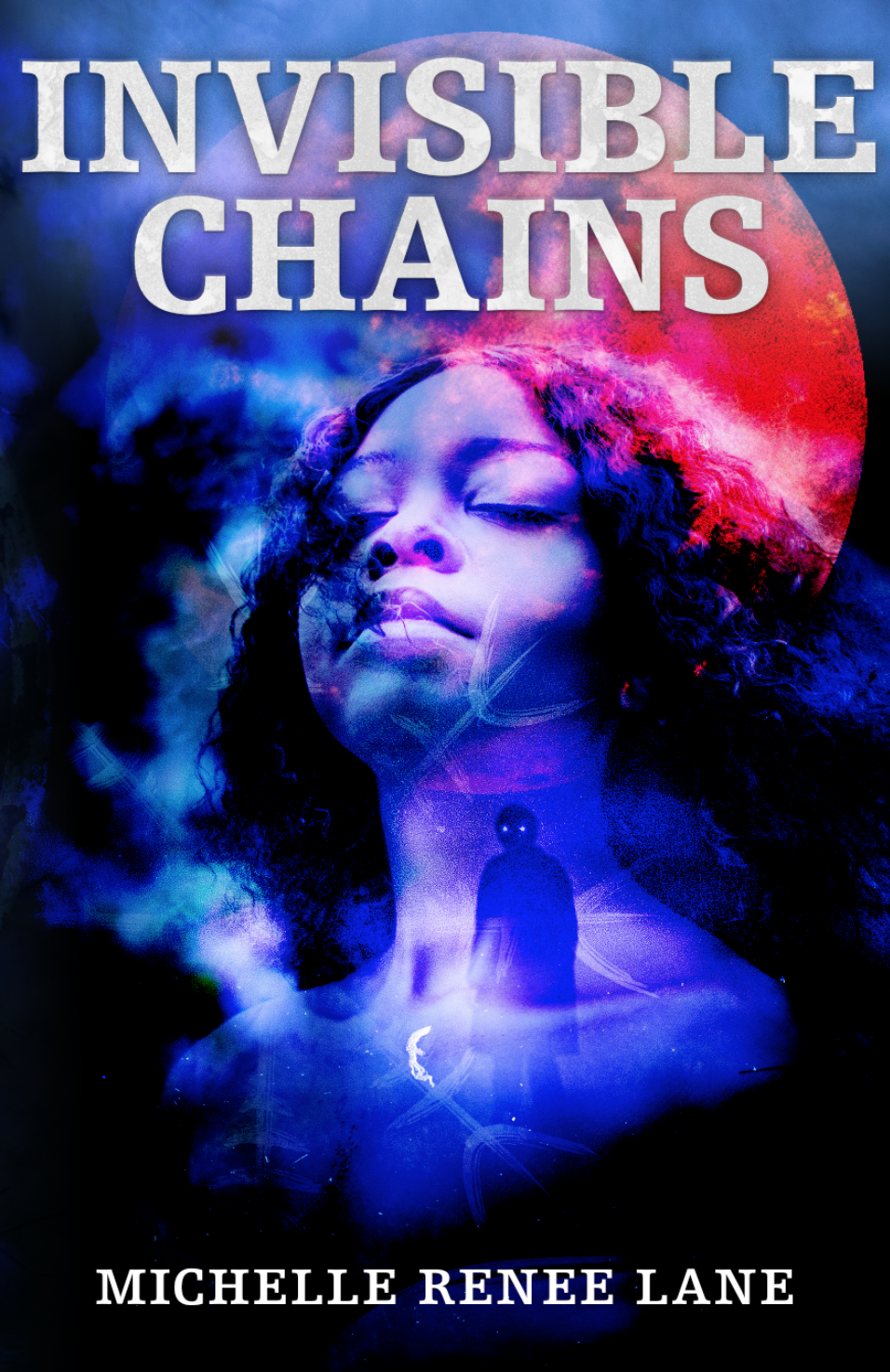 What am I trying to say with this book? That’s a great question. And honestly, for long time I didn’t know what I was writing about. I didn’t have any lofty goals or an agenda in mind. I wanted to write a vampire novel set in antebellum New Orleans told in the voices of several characters.

However, Invisible Chains evolved into a first-person narrative told by Jacqueline, a young Creole slave. In her quest for freedom, she encounters real monsters while dealing with the everyday horrors of slavery.

Jacqueline’s voice became the strongest voice in the story and I soon realized it was her story to tell. As I wrote her story, I realized she was experiencing many things that women of color are still experiencing today: racism, sexism, and violence against women. While history tells us that much has changed since Jacqueline’s time, there are several things happening in the novel that connect with the current state of our society that I hope will resonate with readers.

I also tried to create a vampire who was truly a monster. Despite his good looks and charm, I didn’t want to maintain the current trend of casting vampires as romantic leads. Personally, I love a good vampire romance. The bloodier, the better. But I often wonder how dangerous it is to keep creating male characters that normalize stalking and the threat of violence (sexual or otherwise) against female characters. While I enjoy reading about sexy vampires “wooing” their potential mates, I’m also aware that vampires are undead creatures who prey on the living. And, if you want your happily ever after with a vampire, your love interest must literally murder you.

What was the best money you ever spent as a writer?

My tuition to attend Seton Hill University’s MFA in Writing Popular Fiction Program. Not only did the program reignite my love of writing fiction, but the experiences and connections I made with mentors and fellow students gave me the confidence to really think of myself as a writer. I gained knowledge of the industry, an invaluable education in genre fiction, and friendships that have led to important introductions to the people who have decided to take me seriously as a writer and publish my work. SHU changed my life.

Growing up in rural Pennsylvania in the 1970s and 80s as a racially mixed kid meant that I heard racist epithets and jokes on a regular basis. I didn’t enjoy hearing this disgusting use of language, but it was common and, unless someone was targeting me, I tried to ignore it. Which seems odd now that I think back to how I coped with racism as a kid. People said a lot of hurtful things around me when they thought I wasn’t listening. Sometimes, I felt invisible. And other times, people said things directly to me that were more painful than any injury I’d experienced.

When I was fourteen, I was dating a boy I had known since first grade. We weren’t a couple in public. He cared about me, but it was a secret. I didn’t think much about that until I called his house one evening and his dad said, “Mark, your nigger is on the phone.” I remember the physical effect those words had on me. It felt like someone had kicked me in the stomach. I couldn’t swallow. My skin felt hot and feverish. I was stunned into silence. When the boy I cared about grabbed the phone from his dad, he told me that he would be right over and hung up the phone. About an hour later, he showed up at my house with visible signs that he had had a fight with his dad. He apologized to me, and my tears made him want to cry. Seven words changed both of our lives that day. And even though our young romance didn’t last, we both learned that regardless of whom you choose to love, love is worth fighting for.

What do you owe the real people upon whom you base your characters?

Ha! I’m almost afraid to answer this question. Carlos Velasquez is based on a real person. When I was fifteen and very impressionable, I had a pen pal that was ten years older than me and more obsessed with vampires than I was at the time. He dressed like Barnabas Collins, fantasized about becoming a vampire, wrote extremely inappropriate love letters to me with erotic fiction that featured our vampire alter egos, and he even sent me a vial of his blood. I met him in person three times. The second time, he tried to convince me to spend the weekend with him in New York when I was sixteen. Can you say sexual predator?

Perhaps unwisely, I maintained contact with him until I was about twenty-five. So, it was a long and strange friendship. He never hurt me though or tried to do anything inappropriate beyond the fantasies he shared with me in his letters. As you can imagine, he made a lasting impression.

I suppose success is something my favorite writers have achieved—publishing multiple books and stories, establishing a writing career that pays the bills, gaining a following of readers who look forward to their next book. Writers I admire who immediately come to mind as successful are Toni Morrison, Jim Butcher, Charlaine Harris, Joe R. Lansdale, Anne Rice, Octavia Butler, and Joe Hill. With these folks who inspire me in mind, no I haven’t attained it, but I’m going to keep writing in the hopes that I do.

Jewelle Gomez’s The Gilda Stories (1991) had a major impact on how I thought about my own writing and the kinds of stories I could tell as a woman of color. I wanted to write about vampires, but as far as I knew, women of color weren’t writing about them.

I had read a lot of vampire fiction, seen a lot of vampire movies and TV shows, but there weren’t many black characters in these stories. Aside from the Blaxploitation film Blacula (1972) and Akasha and Enkil, the original vampires in Anne Rice’s The Queen of the Damned (1988), I wasn’t seeing a lot of black vampires. To be honest, I didn’t really think of Akasha and Enkil as black even though they were Egyptian, because their skin had turned to the color and texture of marble. Gomez is not only a woman of color, but she wrote a vampire novel about a black bisexual female vampire that challenged many aspects of the traditional vampire myth. Gomez’s book gave me the green light to write the kinds of stories I wanted to write. So, a few months ago when Jewelle Gomez agreed to read Invisible Chains and had some very positive things to say about the book, I was beside myself with joy. I think I actually squealed when I read her feedback.

There were a lot of scenes that were hard to write, because they deal with some very difficult subjects. But, oddly enough, one of the hardest scenes to write is when Jacqueline takes back her power and stands up to the vampire. I don’t want to give too much away, because I hate spoilers. While I was writing that scene, I felt like I was Jacqueline summoning the strength she needed to protect herself and establish herself as a formidable and powerful woman. I had to dig deep and exorcise some of my own demons to write that scene. It took me three months to finish it, and I had a lot of encouragement from my mentor, Lucy A. Snyder, and my critique partners, Patricia Lillie and Amber Bliss. They gave me the support I needed to make that scene happen.

Very much so. I am extremely fortunate to have such a supportive family who believes in me and encourages me to keep following my dreams.

How often do you write?

Not as often I should. I’ve been struggling to make writing a top priority for quite some time, but I know that must change if I’m going to take myself seriously enough to keep cranking out fiction. I work full-time and I’m a single parent, so there are plenty of days when I don’t write a single word. But I’ve come to realize that writing is one of the few things that makes me happy and, unless I’m doing it every day, I’m not happy.

At the moment, finding the time and motivation to write every day. I get hung up on all the other things happening in my life and I neglect the thing that matters most to me.

Finding story ideas. My brain is constantly coming up with plotlines and snippets of dialog for characters I’m writing about or who want to be written about. I live in a fantasy world inside my head much of the time, so coming up with stories is easy. Making the time to write them, not so much.

I mentioned some of the writers I admire earlier, like Charlaine Harris, Toni Morrison, and Jim Butcher. I try to read often, but lately I’ve been listening to audiobooks because I can do other things while I listen. In the past three years, I’ve listened to every novel in the Night Huntress series by Jeaniene Frost, and her Night Price series.

I dove into the Mercedes Thompson series by Patricia Briggs. I enjoyed listening to Joe Hill’s Heart Shaped Box, Horns, The Fireman, NOS4A2 and Stephen King’s Doctor Sleep, so I’m well-acquainted with Inscapes.

Some of my guiltier pleasures include the 50 Shades series, which is great to listen to on long drives because the books are very entertaining and can make you feel much better about yourself as a writer. I have some biographies lined up to read later this summer to research some new characters while plotting the sequel to Invisible Chains.

You can connect with Michelle Renee Lane at Girl Meets Monster blog: https://michellerlane.com/.

Her Amazon author page is https://www.amazon.com/Michelle-Renee-Lane/e/B07Q7XSJR5