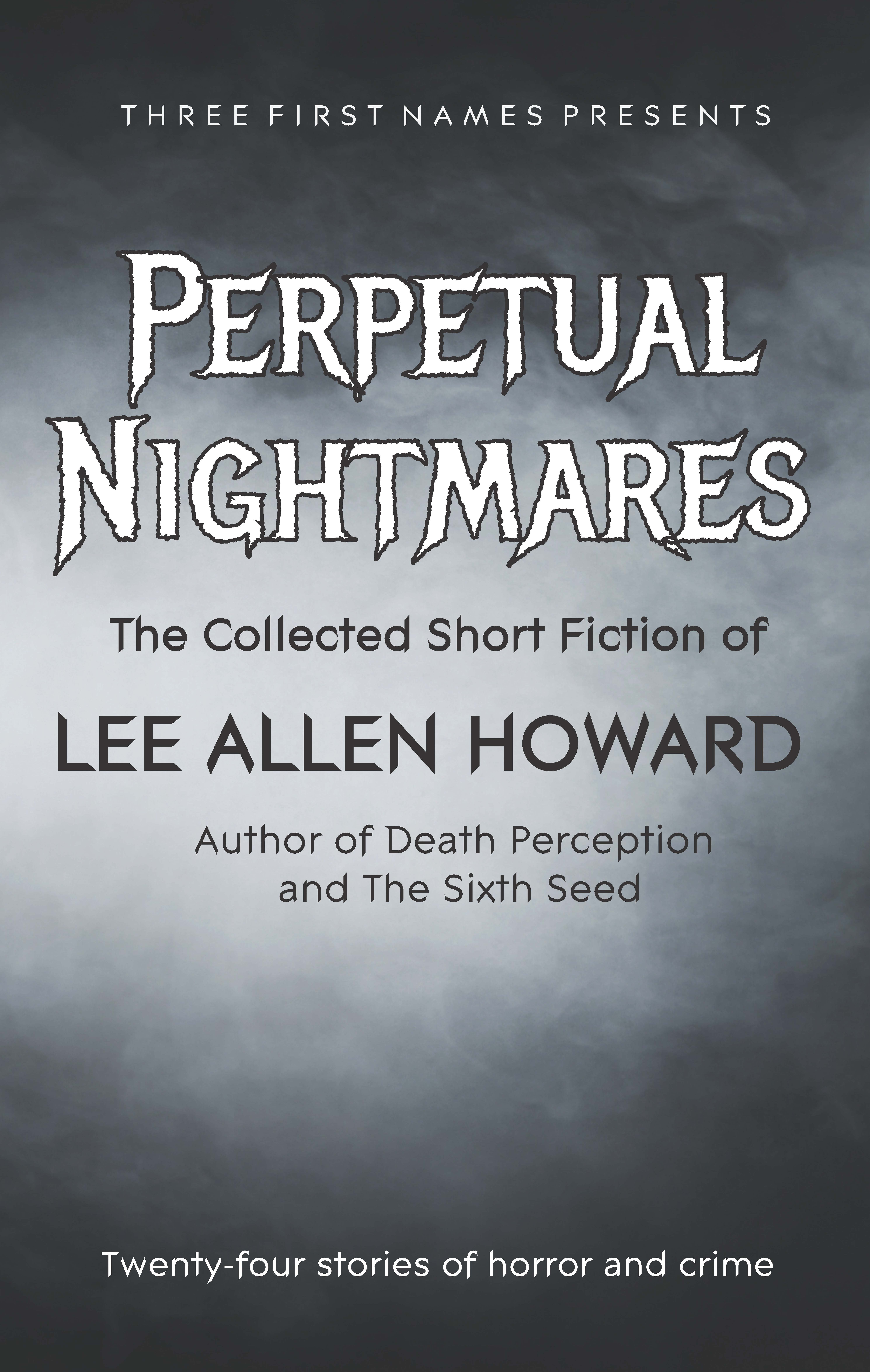 Vampires, beasties, zombies, ghouls… and the murderous kid next door. 24 stories of human and supernatural horror and crime will chill you to the bone. Can you escape perpetual nightmares?

“Mama Said”: On his 13th birthday, Buddy is sent north by his religious mother who can’t cope with his sister’s teen pregnancy. Resigned to spending the summer at Gram’s farm caring for kittens and cows, his bitter sister arrives, ending his peace and solitude. When her boyfriend Jackie shows up and turns his attentions toward Buddy, Buddy must do what Mama said—or take matters into his own hands.

In “Poor Old Soul,” Nevah Stevenson finds meaning in her old age caring for an invalid and her great-grandson. Nice people, she thinks. Think again.

In “Keeping Cool,” after a late night at work helping hospitals handle the strange flu sweeping Pittsburgh, Terry’s exhausted options to get himself home. Searching for a working phone, he encounters a deserted diner—and another way to stem the tide of disease. Fia checks her house every night in “Alone and Waiting,” for she doesn’t want an intruder. Or does she?

In “The Butcher’s Reunion” a cuckolded butcher slaughters his wife and seeks her lover, finding he can’t escape dire and prophetic justice. In “Almost Betrothed,” a timid woman unlucky in love finds the courage to break what daddy thinks is a promising engagement when she discovers he’s Mr. Dead Wrong.

Debbie Antonelli tries to help her mother adjust to her father’s untimely death in “The Gloves and the Glasses.” When she learns what the neighbor man is up to, she finds she’s the only one who can stop her mother’s nightmares.

“Mixed Breed, Loves Kids” is about a boyhood dog that’s not so ideal as those in Scott’s father’s stories. “Vain Imaginations” deals with an old woman’s fantasies. When they coincide with a stranger’s, the worst happens. Mr. Claudera avoids his strange and frightening neighbors in “The Big, Dark World of Commerce.” Can he keep them at bay, or will he let them in?

In “The Vacant Lot,” a supernatural presence beckons from the empty neighborhood lot. Calvin’s curiosity leads him to a portrait painter with a terrible secret about a dead undertaker and his missing wife, who seeks eternal release. A seemingly innocent spirit appears in Calvin’s foyer in “How I Was Cured of Naïveté.” He sets her free to find little girls aren’t always made of sugar and spice.

Tad is a “Stray” with a problem: he ran away from home to find he has no place to stay in the big city. After selling his abusive father’s comics collection, the 16-year-old twink hasn’t near enough money for a bus ticket home. Two days without food and two nights in an alley force him to do what he swore he wouldn’t: trick for cash. But trick he must to get back home, lest he end up living on the streets of Pittsburgh. What will Tad forfeit for a bus ticket home?

“GTO Judge”: Justin wants to be cool like Drew, so he tags along to throw corn at cars on Halloween night. When a 1970 GTO Judge stops on the country road and its ghastly occupants pursue them, he wishes he’d gone trick-or-treating instead.

“Kevin MacGruder’s Last Gamble” is about a would-be dandy in 1863 who finds the wrong way to settle his gambling debts. In “The Summer House,” Greg is haunted by what happened 13 years ago. He returns to the summer house where his little sister went missing. He finds her again—with a nasty surprise.

In “The Worst Thing,” Petie’s first sleepover seemed like a good idea. But after dark at Nate’s house, he can’t fall asleep. Braving the terrors of the night to make it home, he must face the worst thing that could happen—and sacrifice what he treasures most to save his parents from a horrible fate.

“Lee Allen Howard is an imaginative writer with slick, vivid prose and high octane pacing. He writes like no one else, and I mean this in a very good way.”
—Trent Zelazny

“An outstanding collection of dark fiction! There is a lot to appreciate about these stories, and because of them I will be reading more from this author.”
—James G. Carlson