We’re all professionals here. We’ve fought through pain and fear and so dang much rejection to stand where we are. And we’d like to have a little cash in our pockets as well as a few books under our belts for the trouble.

Part of the process of getting paid is learning the system and how to work it. Figuring out how to best market ourselves, how to read markets, and how to give those markets what they want. How to make things people want and get them to part with their cash for it.

And there ain’t a damn thing wrong with that.

I want every artist out there to make their paper. Pay a bill or two. Maybe not die of starvation. Please stop laughing at the concept of paying a bill or even buying a basic coffee on the proceeds of a sold poem.

But, do you remember that first time you put rolled ink or scraped graphite to paper? Perhaps clacking keys on a glowing screen? The exploration. The creation. The pure, ecstatic joy of it.

Now, be honest with yourself when you think about this next question. Don’t yield to the need to lie. Be straight. Do you let yourself feel that same joy when you write now?

It’s easy to fixate on the artifice of our art, but it eventually pokes through the surface. It can too easily become all our art is—our soul another product we mold for maximum profitability. One that, ultimately, falls too flat and cold to sell well.

We’re taught that craft makes the sales, but most readers don’t care about your perfect scansion. The reason Bukowski and Plath still sell well doesn’t have a single thing to do with their admittedly solid craft. They laid themselves bare. Wrote what they needed to.

People resonate with that.

As a fan, I want you to find that fun again. I want you to go for it. Full bore. No restraint. That weird-ass, freaky thing no one would like and pretty much everyone would judge you for: I want that in my eyeholes.

I want you to play with words. I want you to tell my analytical side to take a flying leap off a short pier into the ever-sucking abyss of heartless nihil. Forget everything every professor and professional ever taught you and have a little fun with those words. Let that early version of you dance in the sandbox of this fallen, idiotic world.

Create the art that only you want to see in the world. Something so specific and weird that you know with every fiber of your being that no one wants. 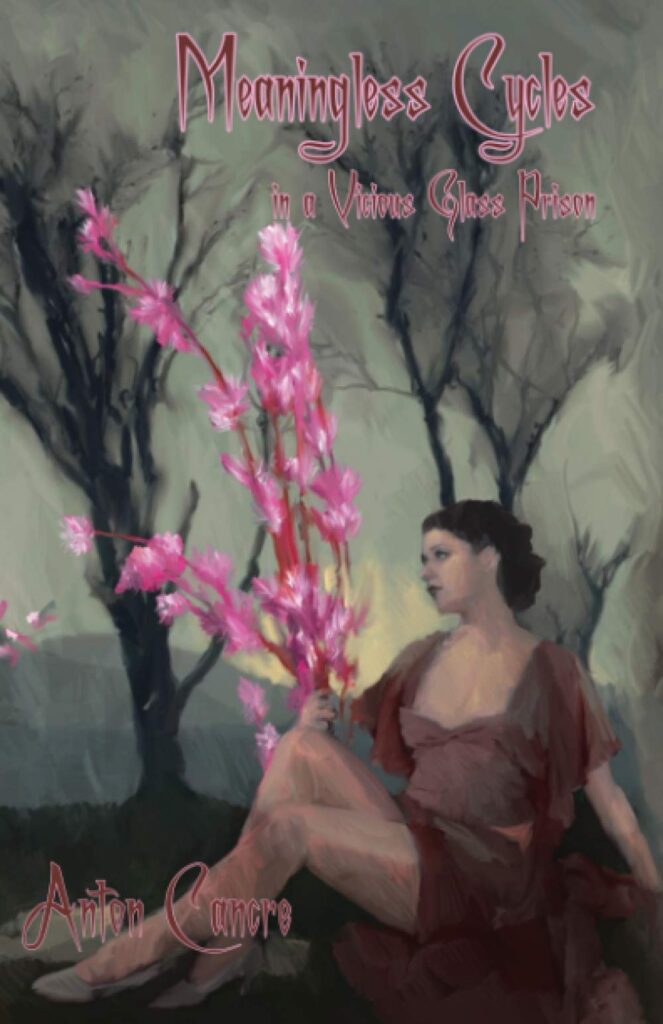 That messed up amalgamation of baby bits and juggled ejaculate. That saccharine sweet adoration we’re all too cool to admit we desperately need in our lives.

As an example, I’ll leave you with my favorite poem from my first published collection, Meaningless Cycles in a Vicious Glass Prison. It’s based on a silly joke from an absurd movie about zombies and murder that few people know about, and I DON’T CARE. I had fun writing it. I want you to have the same fun writing your own stuff.

BY WHOMEVER I PLEASE

It’s a girl’s right, after all.
My body, my choice, you
know the drill. So, if I want
to feel clammy, frigid lips
wrap themselves around
the meaty edge of my
arm while his teeth force
their way inside me, spilling
forth gushing rivers of my
interior juices, then you can
just mind your own fucking
business and move along. 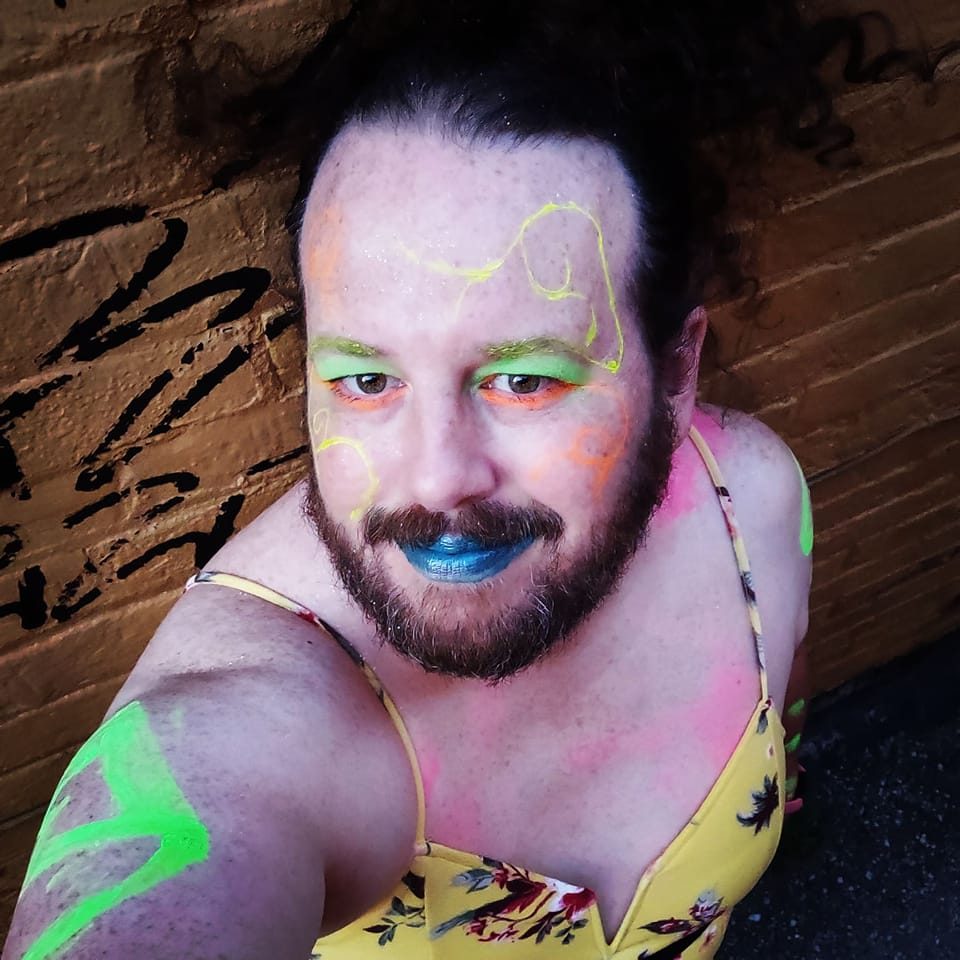 Anton Cancre is waaaaaay too obsessed with all of the Silent Hill games, weirdo Italian movies, and poop. Hence, the poetry collections, This Story Doesn’t End the Way We Want All the Time, Meaningless Cycles in a Vicious Glass Prison, and Haipoo: 7 Poospectives in Pooetry.

They also run the Spec Griot Garage podcast (specgriotgarage.podbean.com), where they get to gush over other people’s poems with cool folks. antoncancre.blogspot.com is not riddled with viruses, they promise. 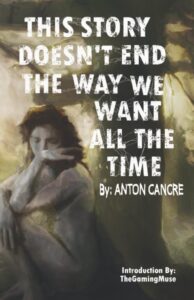 One of my earliest memories is of my family watching the original Salem’s Lot miniseries when it first aired in 1979. I was five. In the intervening years (no, I won’t tell you how many, and how rude of you to ask!), I’ve delved into every conceivable type of horror there is, and I love it all. 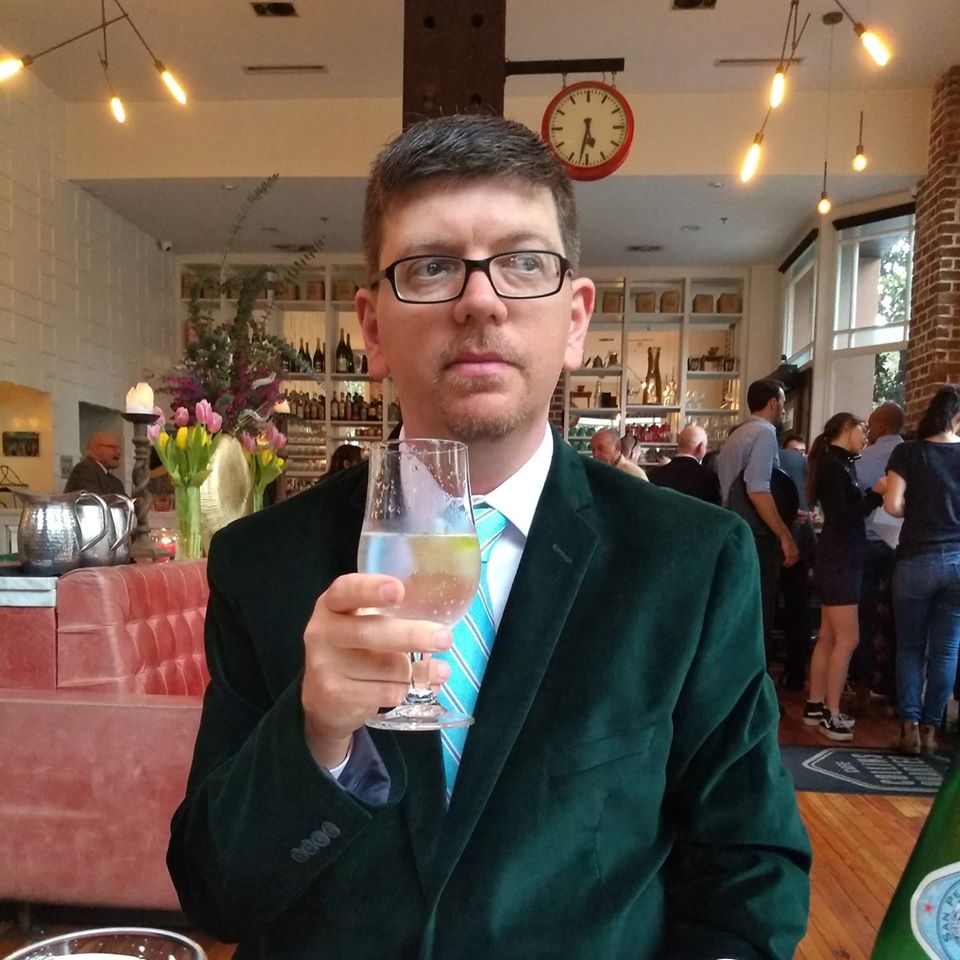 But when it comes to subgenres within the wider genre, I must admit I have a favorite.

Tales of spooks, apparitions, and hauntings really hit my sweet spot. I enjoy other subgenres—vampires and serial killers and werewolves and, yes, even zombies—but ghosts thrill me most.

I’ve written many ghost stories. Hell, I published a haunted house novel, 324 Abercorn, last year, and my latest release, 2B, is about a haunted apartment. I can’t get enough of exploring this subject.

Why, you ask? Good question.

It boils down to my penchant for atmospheric horror over the more graphic. Don’t get me wrong, blood and guts don’t bother me, but when it comes to what really scares me, I favor more subtle things and the ambiguous. Uncertainty and the unknown haunt me, pardon the pun, longer than something more concrete and in my face.

Ghost stories aren’t the only types that employ the atmospheric approach, but they do it most effectively. At least for me.

Ghost stories often start out subtly, with things slightly off kilter, the characters questioning if it’s all in their minds. This early part, when things are uncertain, is what I find the most suspenseful and unnerving, because we’ve all been there. Did I move my wallet from the table to the counter and simply don’t remember? Did the glass fall because it was sitting too close to the table’s edge? Is that noise like footsteps only the house settling? (After years of watching haunted house movies, “the house settling” has become to me a euphemism for “This house is haunted as shit, and we should get out before blood starts pouring out of the walls!”)

In my favorite ghost stories, such as The Dwelling by Susie Malonie and Stephen King’s The Shining, suspense gradually builds and tension tightens as events escalate. Even then there can be ambiguity. Some ghost stories intentionally leave you unsure if the haunting was real, suggesting the main character had a breakdown and was imagining it all. This in itself can be horrifying. I’d rather have an undead spirit in my house than realize I’m losing my mind and my grip on reality.

One terrifying implication of ghost stories is that we can never truly escape toxic or dangerous people. If death cannot stop some folks from tormenting us, then what hope is there? 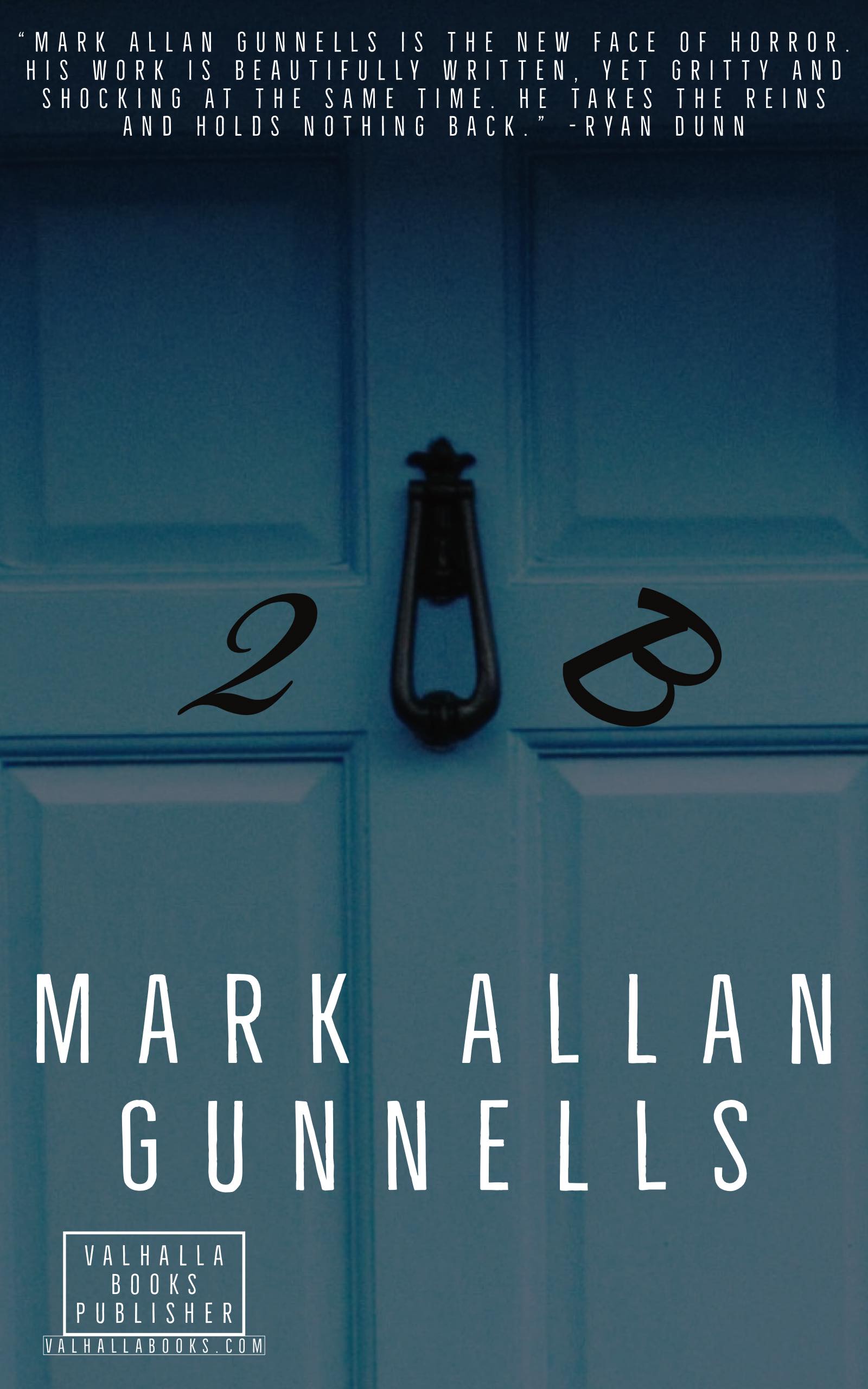 The flipside is that those we love and cherish may never really leave us and, in this respect, some ghost stories can end on an uplifting note. This doesn’t make them any less horror, as I don’t believe all horror stories must end with the death of hope.

These thoughts are why ghost stories are my favorite horror subgenre and why I keep going back to it.

To see what I mean, check out my new novel, 2B, available in ebook and paperback on Amazon. “When your ex wants you dead, they will take you to the grave with them!” 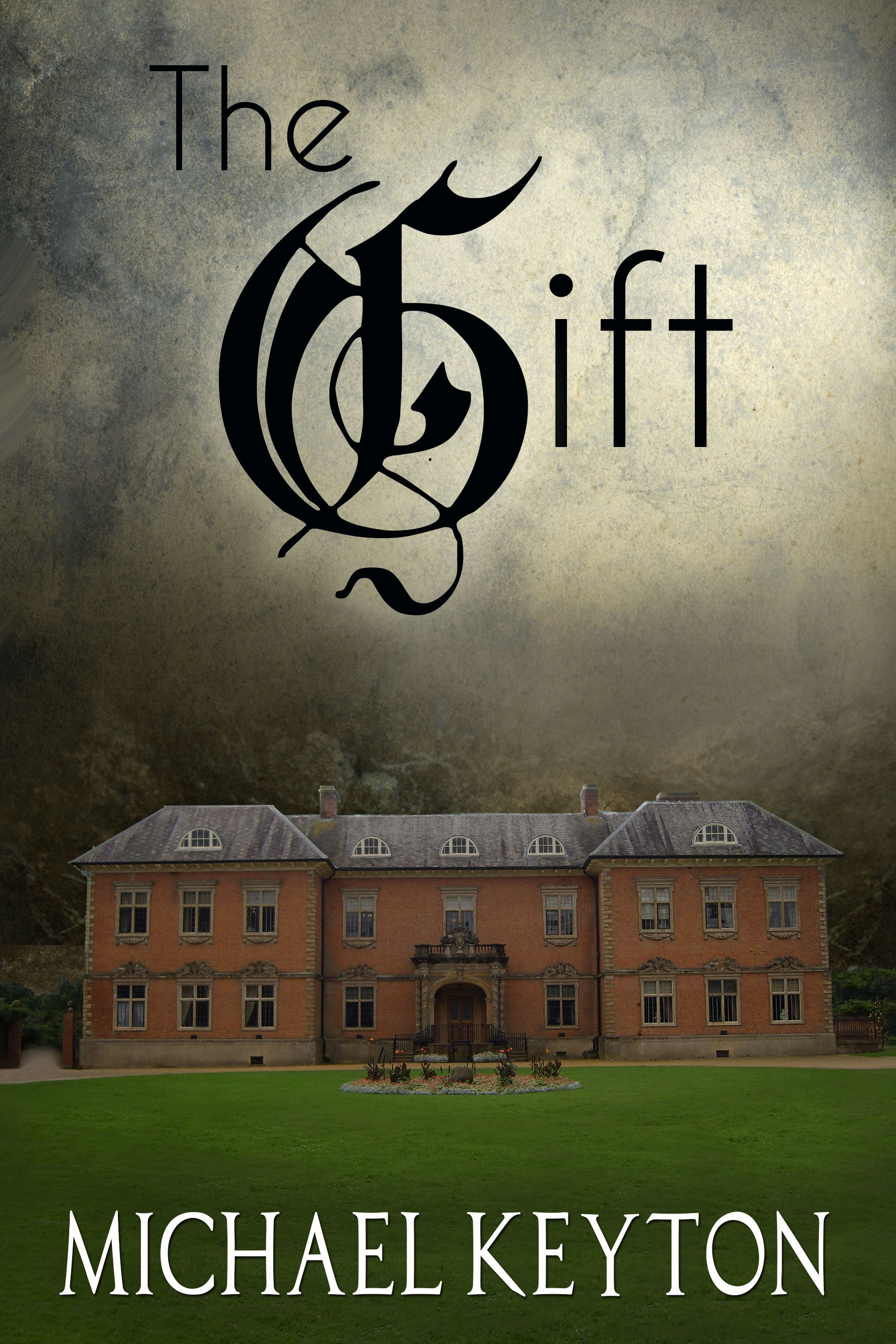 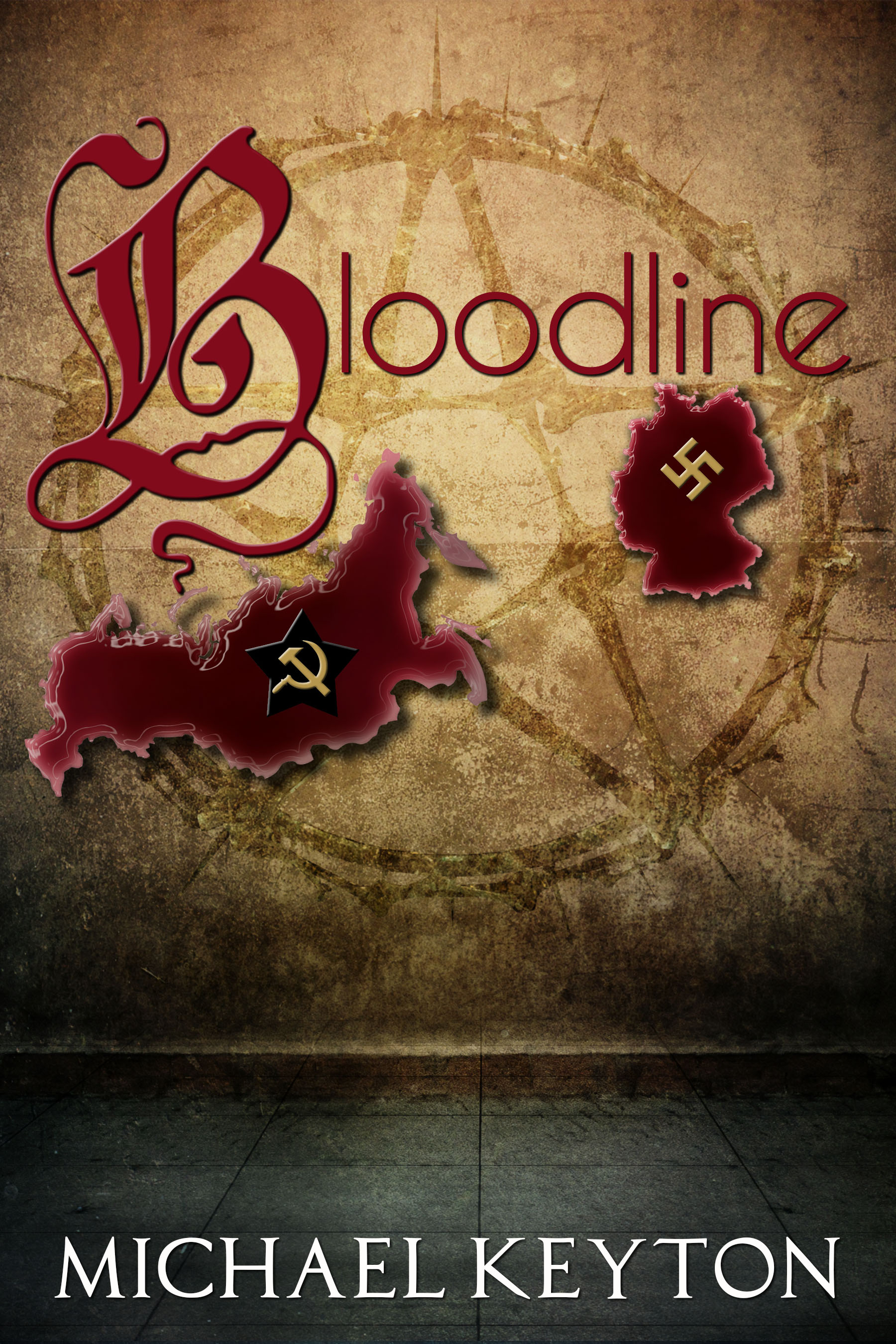