The Amityville Horror is a 1977 creative nonfiction book by Jay Anson. “Creative” could very well mean “stretching the truth” because the veracity of the account has been hotly contested (see https://en.wikipedia.org/wiki/The_Amityville_Horror). The original cover of the book included the subtitle: “A True Story.”

Since I have nothing to add concerning the truthfulness of the events or paranormal phenomena that allegedly took place in the Long Island Dutch Colonial, I’ll focus on Anson’s use of omniscient POV.

First off, readers are aware of and accept the author as narrator in the creative nonfiction format. I’m certainly no expert about this type of writing, but we understand that the development of such accounts involves writers performing tasks such as:

This final point is a primary reason such books must be written in omniscient POV. The author, like a fictional omniscient narrator, stands outside the events and reports them after the fact from his or her perspective as researcher, interviewer, and interpreter.

In chapter 1, Anson provides an expository overview of the Lutzes, the purchase of their new home at 112 Ocean Avenue (including diagrams of floor plans), and the events leading up to the start of paranormal activity. Although Anson includes brief commentary such as “Irritated, he returned to the truck…” (15, emphasis mine), he does not dip into the consciousness of any characters (real-life players).

Chapter 2 employs omniscient POV, beginning with Father Frank Mancuso. The opening paragraph is pure exposition about the priest. The second zooms closer with the start of his day. (17) Shortly, the first switch to another character’s POV is introduced. Here’s how Anson accomplishes the transition:

[Mancuso:] Father Mancuso had met George Lee Lutz two years earlier. … The three children were Kathy’s from a previous marriage, and as a priest to Catholic children, Father Mancuso [omniscient filtering:] felt a personal need to look after their interests.

[Both Kathy and George:] The young couple had often asked the friendly cleric with the neatly trimmed beard to come for lunch or dinner at their home in Deer Park. … [George:] Now, George had a very special reason to invite him anew: [interior monologue:] Would he come to Amityville to bless their new house? (17–18)

Several paragraphs of action and dialogue from Mancuso’s viewpoint follow. After Mancuso blesses the Lutz’s new house, Anson switches to Kathy’s POV: “Kathy really wanted to thank Father Mancuso for his contribution to the occasion” (19).

With all the bashing of head-hopping in writing circles, Anson (and many other writers of both fiction and nonfiction) employ it with aplomb. Here’s a remarkable example:

[Expository transition:] [George:] It was after six before George finally fell into a deep sleep. [Kathy:] Kathy woke up a few minutes later.

[Kathy] She looked around this strange room, trying to put her thoughts together. … (26)

On page 29, Anson makes an omniscient statement about the entire Lutz family that summarizes time as well as his commentary: “Over the next two days, the Lutz family began to go through a collective personality change.”

In chapter 4, Anson adds an omniscient grace note that’s easily missed. Kathy is in the kitchen when she feels a woman’s ghostly touch on her hand. Then, in the following paragraph: “‘Mommy! Come up here, quick!’ It was Chris, calling from the third floor hallway” (32, emphasis mine). If this were internal close third POV, the italicized portion would be a mistake; Kathy could not know for sure where Chris was when he called for her. But it’s a permissible technique in external omniscient.

Anson draws close to Kathy on page 41, including italicized direct thought: “Shaking, Kathy returned downstairs to her shelving. Cool down, she told herself.” Although the thoughts are direct, omniscient includes the attribution.

When George and Father Mancuso are on one of their many telephone calls interrupted by crackling, Anson inserts an omniscient statement: “Both men pulled back from their earpieces in surprise” (46, emphasis mine). Only an external omniscient narrator can pull this off.

[Lutz home, Amityville:] The snow had stopped falling in Amityville, as it had [traveling transition:] fifteen miles away outside the windows of the Long Island rectory.

In a single scene, the omniscient narrator moves from Mancuso to Officer Gionfriddo:

[Mancuso:] “[Mancuso] looked up at Gionfriddo, trying to read the expression on his face. …

[Gionfriddo:] Gionfriddo… pulled away from the curb, burning rubber like a hot rodder.

Head-hopping continues from George to Kathy in the same paragraph: “But, tossing and turning, he couldn’t find a comfortable position. In her sleep, Kathy was bothered by his restlessness…” (97). Additional instances occur on pages 113, 122, 130, 181, and 184.

As I mentioned previously, writers of craft books often decry head-hopping. But it’s done, it works, and it doesn’t bother me. Does it bother you?

One thing that did irk me was Anson’s overuse of exclamation points! He (too) often used them at the end of chapters (54, 68)! They kill the creepiness and seem cheesy!

So… Was Anson’s a true account of a haunted, possessed house? We’ll never know.

If Amityville is partially or even wholly fictitious, it still works as horror. I’m not familiar with any other novels that use a straight creative nonfiction narrative format to tell a fictional story. (If you know of any, please include the author and title in a comment.) But it would be fascinating to explore this possibility, producing a (perhaps) more believable narrative like film’s “mockumentary” format. Artifacts such as floor plans would lend credibility. Feature-writing journalists would be ideal candidates to write such fiction.

February 10, 2021
Book Review: Writing in the Dark by Tim Waggoner

The Best of How-to-Write Horror

I’ve read a ton of how-to-write-fiction books including a number of texts on writing horror, but Tim Waggoner’s Writing in the Dark is the best of them all. 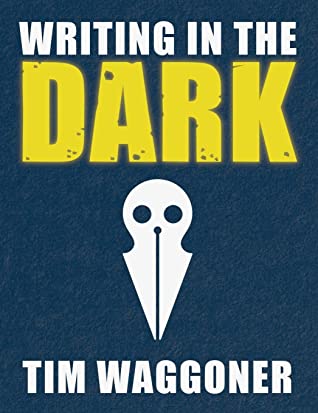 It opens with an intro by Tom Monteleone of Borderlands fame demonstrating why Waggoner is qualified to write the book. He’s a prolific writer of both horror/dark fantasy and media tie-ins. In the preface, Waggoner reveals why he writes horror. We’re of roughly the same age, and his journey in many ways mirrors mine. (It’s great to meet a new member of the Horror Family. Weirdos unite!)

He progresses through chapters such as “Why Horror Matters” and “Things Unknown” and turns a corner with “Everything You Know Is Wrong.” He covers various subgenres of horror, generating unique ideas for stories, and building one-of-a-kind monsters. I especially enjoyed the chapters “The Horror Hero’s Journey” (Poor Bastard’s Descent into Hell) and the importance of including an emotional core relayed through immersive POV.

Every chapter is insightful, helpful, and entertaining. Each ends with exercises to enable eager writers to implement what they’ve just learned as well as three or four “voices from the shadows”—accomplished horror writers—who discuss what makes good horror and best advice for beginning writers.

Waggoner teaches college-level writing, so you’re getting a college course in a book. I love to study, so I consider it a textbook that’s also a tasty morsel of how-to darkness.

My rating is 4.6 stars. The book lost a few tenths because the type is so small. As I read through, I was hoping for a workbook that expanded the exercises. Well, Guide Dog Books/Raw Dog Screaming Press recently announced a companion workbook is coming, so I’m excited about that. I’ll be buying it, too, when it comes out. But I hope the type is a little bigger for those like me over fifty.

I can’t recommend this text highly enough. Whether you’re a beginning, intermediate, or advanced horror writer, you’ll get something useful to take your writing to the next horrific level. 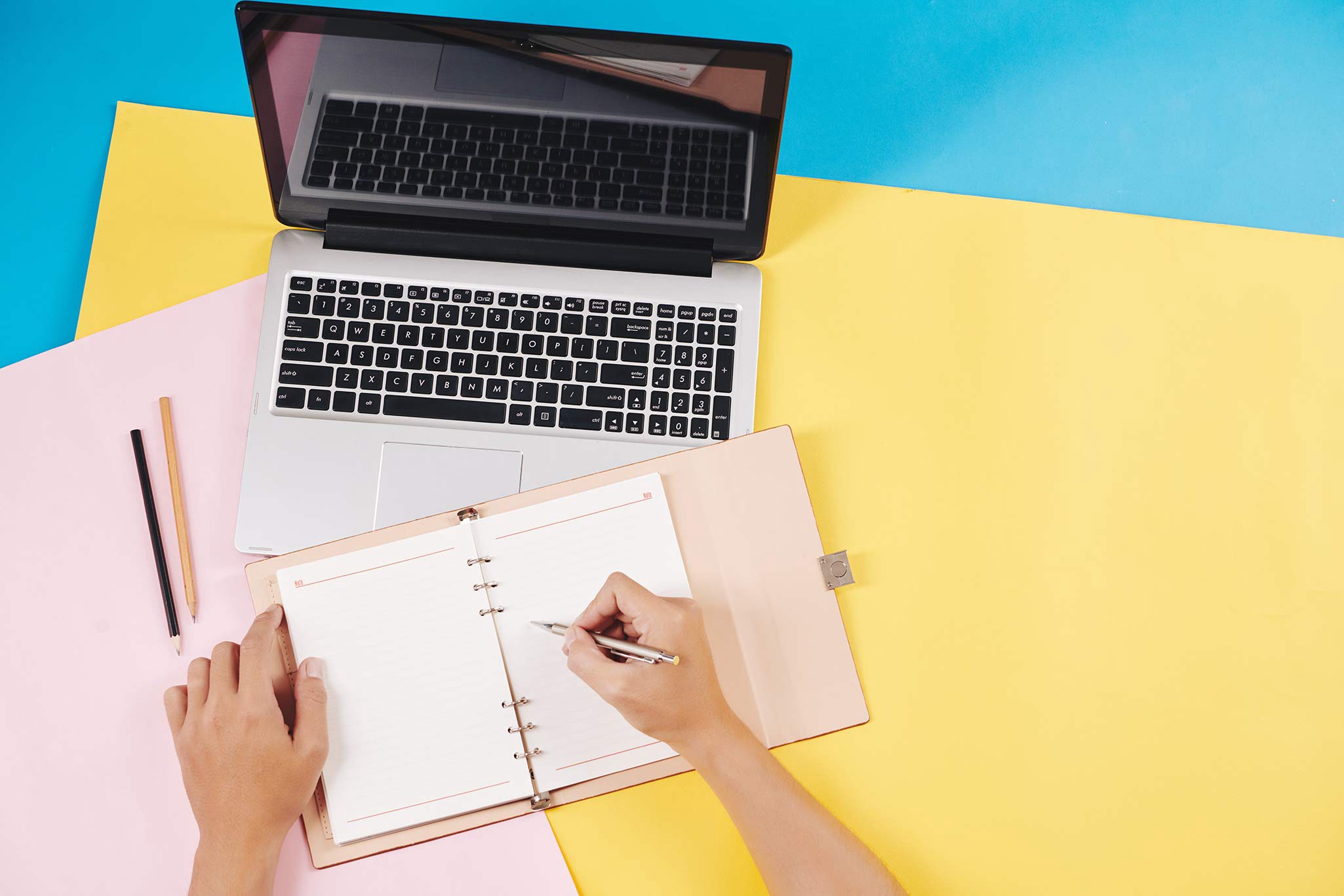 I hope it’s not too late to set some goals for the new year. It took me the month of January to get clear on some of them, but here’s what I’m shooting for in 2021.

I plan to make progress on all these goals in 2021. Have you set goals for the new year? What would you like to accomplish? Perhaps more reading? 🙂

It’s been a long time since I’ve posted, so I thought you deserved an update.

I’ve been hard at work this year writing non-fiction.

I recently released The Surefire Method of Growing Rich, a metaphysical guide to living the abundant life.

This month I’ll be coming out with a trade paperback version of Response to a Concerned Heterosexual Christian, which is newly updated for Kindle.

I’m also working on a biblical study of everything the Bible has to say about Sodom and Gomorrah, as well as a biography/social commentary on a hippie evangelist from the Jesus Movement, Lonnie Frisbee.

You must admit, I’m eclectic.

I’ll keep you posted as things get published. In the meantime, thanks for your support!

I still love reviews on Amazon and Goodreads!