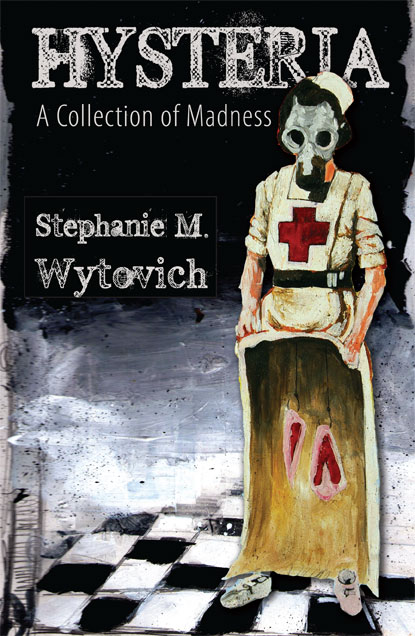 Asylums once used to confine those deemed mentally unfit to linger, forgotten behind trees or urban development, beautiful yet desolate in their decay. Within them festers something far more unnerving than unlit corners or unexplained noises: the case files left to moulder out of sight, out of conscience.

Stephanie M. Wytovich forces your hands upon these crumbling, warped binders and exposes your mind to every taboo misfortune experienced by the outcast, exiled, misbegotten monsters and victims who have walked among us. The poetry contained in Hysteria performs internal body modification on its readers in an unrelenting fashion, employing broad-spectrum brutality treatment that spans the physical to the societal, as noted in Stoker Award winner Michael A. Arnzen’s incisive introduction.

HYSTERIA: A Collection of Madness by Stephanie M. Wytovich

Introduction by Michael A. Arnzen

The number one rule in writing is that if you want to write, and write well, you must write every day. Poetry is no exception. When I decided I wanted to become a poet—something I distinguish greatly from being a fiction writer—I knew it wouldn’t be easy. Poetry doesn’t have a huge market, it certainly doesn’t pay well, and to add to the frustration, when you throw genre on the table, you’re looking at a dead end.

I’ve dabbled in literary—as I think every up-and-coming poet should—but anyone who knows me realizes my heart is firmly cemented in the black shadows of horror. So not only am I a poet, but I’m a horror poet, and contrary to the monsters and creatures that we all know and love, we do exist and there is a market for us.

And for you, if you’re willing to take the jump.

My connection with poetry has always been very visceral and intuitive, and I’ve come to realize, that unlike my prose, it’s not something that I can just sit down and work on routinely like a job. I need inspiration, crave it, and much like a succubus, I bleed the art form dry when I’m done. It’s hard for me to describe it, but for anyone who has seen what Bo does to her victims in Lost Girl, you can get an idea of how poetic energy works for me. Before I can act, I need a source. A vein. Something living that I can tap into.

Most of the time it’s music.

Sure, I have times where I experience a swell of emotion spiraling inside of me and it’s easy to find the words to expel it, but other times I need to look at or listen to something so I can get hold of its story. Pinterest has been a great optical vessel because I can sweep through pages and save visuals and sayings that speak to me, and make collages or boards based on a specific piece or particular emotion. This is a great way to do character studies or pinpoint locations, and I find myself coming back to it more and more when I need assistance purging a poem.

Spotfiy, however, is my auditory mistress. I pace my writing based on the song I’m listening to, and I recently became enthralled with artists such as Jill Tracy, Johnny Hollow, and Sopor Aeternus. Their music is dark, seductive and beautifully gothic; it’s a wonderful aid when it comes to soft, psychological horror. But I would be lying if I didn’t say that one of my favorite pastimes as a horror writer is creating and administering the kill scene. In poetry, you don’t have the luxury of going on for pages about a kill. You have to be quick, fast, practiced, and effective. Much like if you were actually going to commit a murder.

So let’s write a horror poem using this process.

Step 1: Find your victim. Put on your favorite, high energy song or look up a piece of artwork. (These don’t have to be scary. They just have to elicit emotion). For example, here’s my current inspiration:

Step 2: Predict their next move. If it’s not scary, how would you make it creepy? If it is, how does it make you feel? This will give you your topic. Here are thoughts I jotted down:

Observations: He doesn’t see me watching him, watching her. He thinks he’s going in for a kill, but doesn’t realize that tonight… he’s the victim.

Step 3: Stalk and take notes. Write down individual words or phrases that come to mind when thinking about the subject matter.

Step 4: Go for the kill. Be creative and don’t limit yourself. Feel free to play.

Here’s what I came up with using this process.

He watched her pull her auburn hair
Back into a loose ponytail, moaning
As flyaway strands caressed her teenage face.
He stroked the barrel of his gun, pretending it was her
Fragile hands around his cock,
Thinking, hoping, that after tonight he
Wouldn’t have to imagine it anymore.
He liked to watch her like this—
Catch her in the throes of passion
As she discovered her womanhood,
Felt what it was like to touch herself
Between the legs—but what he didn’t
See, was me. Me pulling back my soft,
Black curls into a ponytail, and
Fingering my knife as I watched him
Watching her, while I planned my kill.

I’d love to know how this process worked for you. Send your creations and trophy kills to wyt3319(at)gmail(dot)com, and I’ll showcase your poems on my blog at: http://joinmeinthemadhouse.blogspot.com/ 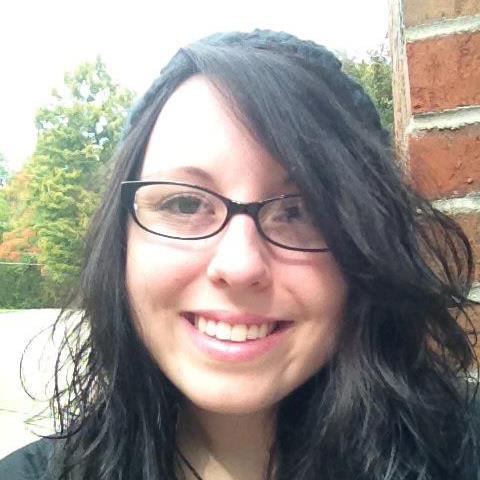 Stephanie M. Wytovich is an alum of Seton Hill University where she was a double major in English Literature and Art History. Wytovich is published in over 40 literary magazines and her collection of poems, HYSTERIA, will be released this summer. She is currently attending graduate school to pursue her MFA in Writing Popular Fiction, and is working on a novel. She is the Poetry Editor for Raw Dog Screaming Press, a book reviewer for S.T. Joshi, Jason V. Brock, and William F. Nolan’s Nameless Magazine, and she plans to continue in academia to get her doctorate in Gothic Literature.

When I was earning my master’s in Writing Popular Fiction at Seton Hill University, professor of dark literature extraordinaire Michael A. Arnzen was my mentor while I wrote my thesis novel, DEATH PERCEPTION.

Besides being a terrific teacher with a great sense of humor, Mike is super creative in supporting the careers of fledgling writers. In his critique of DEATH PERCEPTION, I’ll never forget one suggestion he made about protagonist Kennet Singleton. Mike pointed out that he could get revenge through fire, which, as a crematory operator, is Kennet’s element. My book is so much better for his input.

So is my career. As I’ve struggled to honor the ideas that come to me, however twisted, Arnzen taught me that it’s okay to be dark, and that I must go there without flinching. In the past my darkness has gotten the better of me and laid me low more times than I can count. But since I posted a Facebook status about a month ago, all Arnzen’s past advice seemed to jell like clotting blood. “I exult in my creepiness!”

Arnzstigation set me free. I’m now working on the darkest story I’ve ever written, and it’s sharp as a scalpel.

I post this with gratitude for Dr. Arnzen’s influence and support. And I want to tell you about a brilliant project he’s got going…

You know those magnetic poetry kits you can assemble into verses on your refrigerator door? Arnzen has created one for the darkly inspired, with words like headshot, grotesque, and embalmed. Here’s a sample that also showcases his photographic talents.

The project is called Fridge of the Damned. Although phase 1 is fully funded, providing the capital to produce the magnets, there’s still a push to complete phase 2 of funding so that the magnets can be packaged in custom tin boxes. (Phase 2 goal is $2700.) I’d much rather have a tin box than a plastic bag, wouldn’t you? (Especially if it contains something severed and dripping.)

There are plenty of support levels, and every bit helps. You get the coolest premiums! I know I want at least one set of magnets—packaged in custom tins, (un)naturally. E-books, too. Did I mention Mike is an award-winning poet and micro fiction writer?

If you are a lover of horror, you must get his stuff, and supporting Fridge of the Damned is a great way to kill two birds with one donation.

There’s only a week left. Please support now, and support big. This project and its creator are worth it. Besides enabling this creative dark poetry kit to be packaged in style, you’ll be able to damn your refrigerator—as if the tender parts packaged inside weren’t enough. 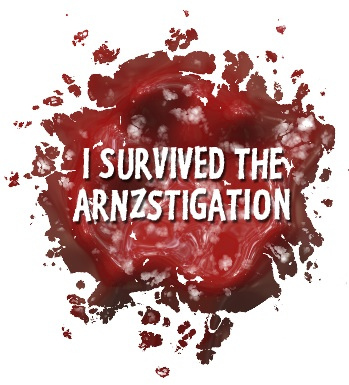 Thank you. I’m all about making someone’s nightmare come true.

Everyone has talent. What is rare is the courage to follow the talent to the dark places where it leads. –Erica Jong

Who else is behind the project:

Connect with Michael A. Arnzen at gorelets.com.