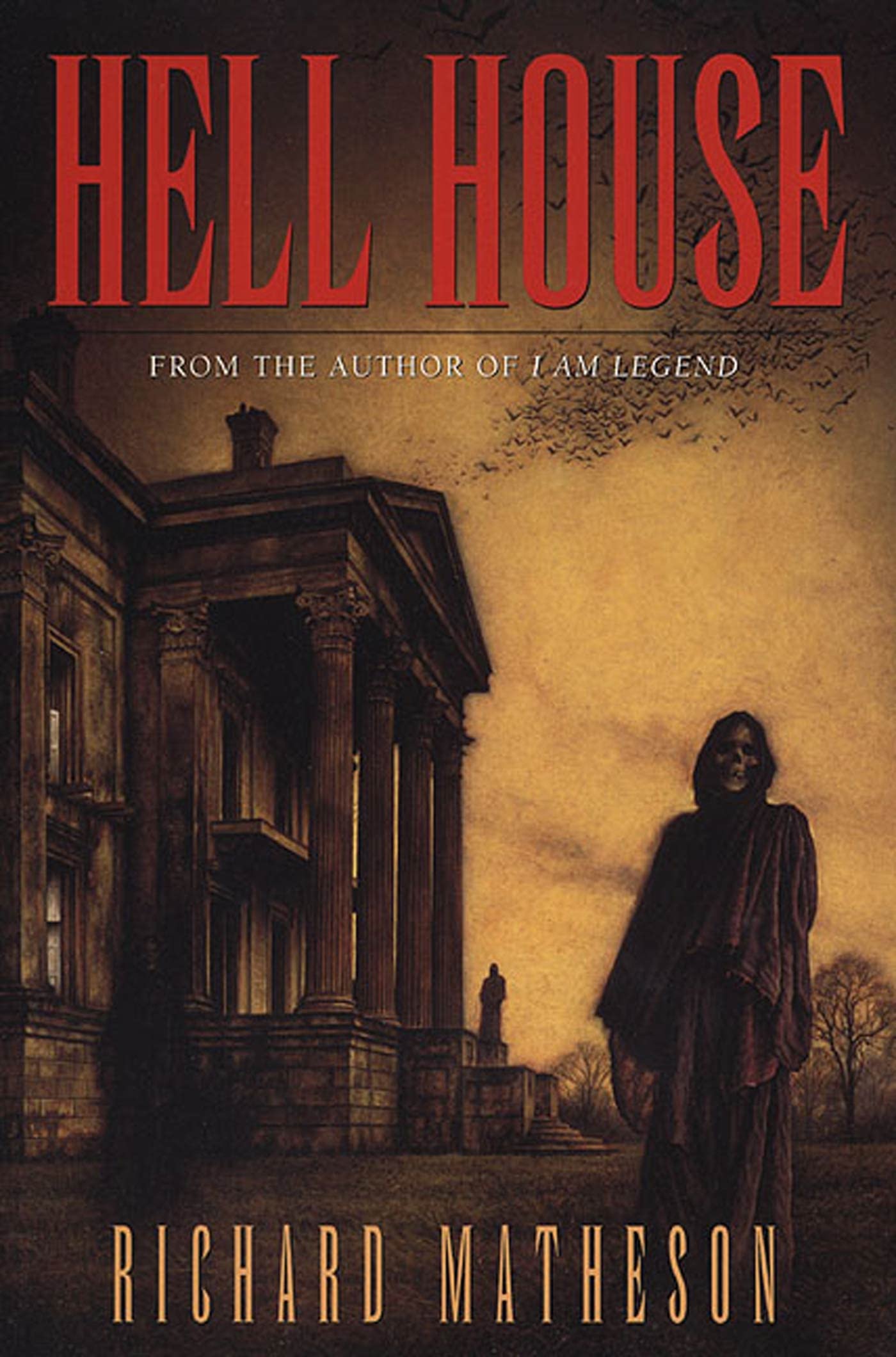 The primary difference between omniscient and other POVs (first or close/intimate third) has to do with the narrator.

Every story has a narrator, but with first and close third, the narrator is one of the characters in the story. With omniscient, the “narrator is not a character within the story but is positioned as an all-knowing… external narrative voice that provides a ‘god-like’ or ‘birds eye view’ perspective of the events within the story” (Cabal How to Write in Third Person Omniscient PoV, emphasis mine).

How an author handles POV isn’t always readily apparent. Sometimes, you must read a few chapters to fully discover the approach and techniques the author is using.

In the opening scene of Hell House, Matheson’s first line could belong to several POVs: “It had been raining hard since five o’clock that morning” (9). The second sentence provides the first real POV clue: “Brontean weather, Dr. Barrett thought” (9). In omniscient, character thoughts are usually presented indirectly, with a tag. (“Filtering” is acceptable in omniscient and actually necessary from an external viewpoint.) But we can’t be certain of the POV until we read further.

By the end of the first page, Matheson reveals another hint: “[Barrett] was a tall, slightly overweight man in his middle fifties, his thinning blond hair unchanged in color…” (9). We know the author is writing in third person. However, this outsider’s description of the doctor indicates that the narrator is telling the story from an external perspective.

Another clue on page 12 tells us, “Barrett looked appalled.” A close-third character/internal narrator would not describe himself in these ways. After a few scenes, the writing confirms that Barrett’s actions, thoughts, and feelings are reported externally.

As we read through the chapter dated December 20, 1970, we find Florence Tanner introduced in third person (20). Edith Barrett is introduced next with third person that seems closer than the previous two characters’ POVs. Fischer follows with another third person POV (23). By now, we’re able to determine that Matheson’s use of POV is subjective third person omniscient, which he applies to multiple characters.

Omniscient is confirmed on page 27 with a description of multiple character action: “All of them gazed at the hill-ringed valley lying ahead…” (emphasis mine). This is direct reporting from an external narrator. On 29: “The cold was numbing, a clammy chill that seemed to dew itself around their bones (emphasis mine).”

In the December 21 chapter, the scene headed “2:21 p.m.,” the internal thoughts of Fischer (43) and Barrett show up in the same scene (44). At this scene’s end, Edith reads a list of psychic phenomena observed in the house, and the narrator expresses her thoughts (46). Here, we have the POVs of three characters shared in the same scene. This can only be done with subjective omniscient.

“Head-hopping,” as it’s called in literary circles, continues in many scenes (81). (And, contrary to popular belief, there’s nothing wrong with head-hopping—if it’s done right.) Matheson pulls it off skillfully. He even enters three heads in the same short paragraph: “Barrett… had not been aware… Florence sat stricken… Edith felt a rush of pity for her” (228).

I’ll be looking for more contemporary novels to study omniscient POV. I’ve included a short list at the end of this post.

A word on Matheson’s portrayal of Spiritualism

Not many know this, but I studied Spiritualism intensively for five years, achieving the equivalent of a masters-level education through completing a year’s study with the Morris Pratt Institute, the educational branch of the National Spiritualist Association of Churches. I also attended a two-year ministerial program at Fellowships of the Spirit in Lily Dale, New York, what many consider to be the Spiritualist capital of the Western world. I practiced mediumship for several years. (Here’s a video I made about developing clairvoyance.)

As I read Hell House, I was impressed with Matheson’s knowledge of parapsychology and Spiritualism. His mention and portrayal of mental and physical mediumship; the use of a cabinet (an enclosed space to keep light out and energy in); Florence’s devotion, beliefs, and practices; and Fischer’s description of his boyhood abilities all rang true to my studies.

Matheson’s research on Spiritualism and the afterlife in Hell House was probably a carryover from his 1978 novel, What Dreams May Come, which I recommend for a Spiritualist portrayal of “life on the other side.”