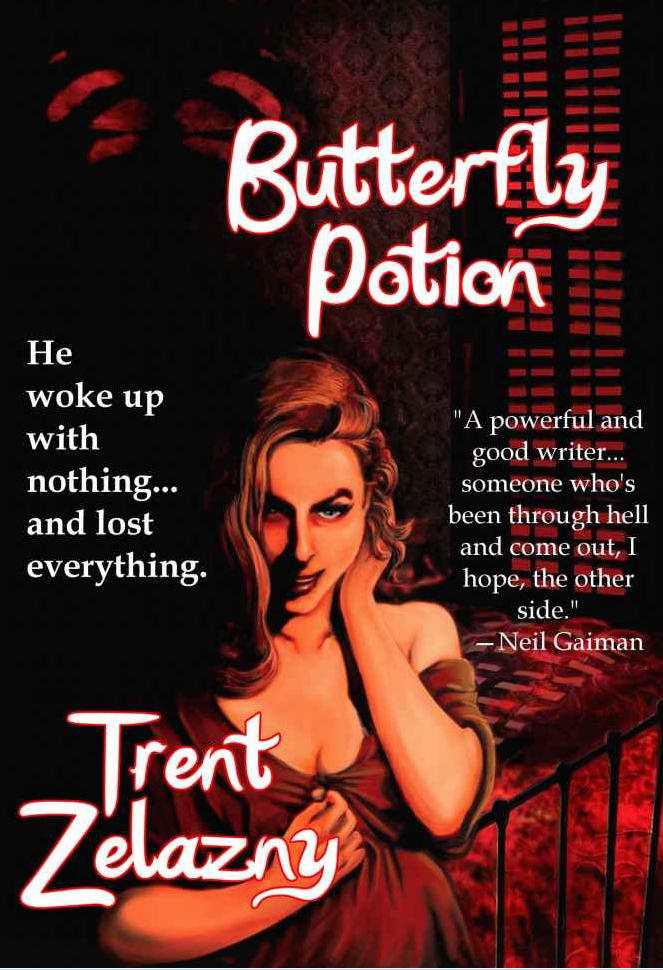 Perry got rolled last night during a blackout. He’s looking for what he’s lost, and that’s more than his wallet and cell phone. He finds Talia; Talia finds him.

Reading Zelazny is like going on a drinking binge and waking in the gutter. But among the messy people in a sad, depressing world is existential philosophy cocooned in beautiful writing. Zelazny has a knack for turning phrases—not just on the page, but in your mind.

Along with despair, there is humor: “To Perry he looked like a kid who’d been picked on in school, which over time had given him the options of suicide, junkie, criminal, or law enforcement.” Priceless.

In the end, there is satisfaction. And thankfully, some hope. All while the butterfly watches.

Available in paperback and for e-readers. On Goodreads at: http://www.goodreads.com/book/show/13613311-butterfly-potion.

You can discover more about Trent Zelazny at: http://trentzelazny.com/ 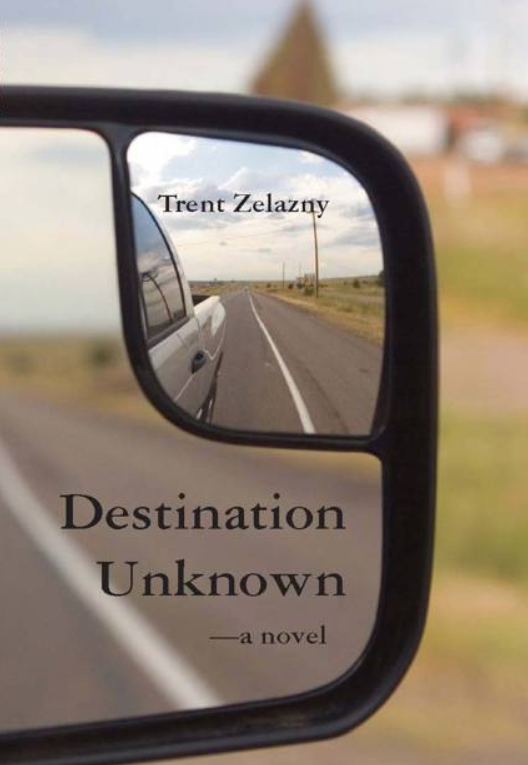 I’ve read most of Trent Zelazny’s work, and along with TO SLEEP GENTLY, this is one of my new favorites.

Again, in DESTINATION UNKNOWN, Zelazny really puts the screws to his characters, and I relish that in a suspense tale. Just when you think you know where the story’s going,—blammo!—you’re off in a different direction and, by the end, careening downhill with no brakes. (I should warn you that I had to stop reading this one late at night because it was jacking my adrenaline and I couldn’t get to sleep.)

The characters are deep as they are wounded. Brian and Kate tragically lost a son and think they’ve received a boon when they come across some money. A lot of money. But the owner wants it back, and will do anything to get it.

DESTINATION UNKNOWN will keep you guessing to the end, and wincing at every development along the way. Classic TZ with an 80s music soundtrack. Loved every freaking page. Please write another.

Available in paperback and for e-readers. On Goodreads at: http://www.goodreads.com/book/show/13276701-destination-unknown.

You can find out more about Trent Zelazny at: http://trentzelazny.com/