Readers, have you ever wondered how a novel is developed and written? If you’re a writer, you might be curious about how other writers make their books. Here’s some insight into the process I follow (as of 2013).

Why my early attempts at novel-writing led nowhere

When I was a fledgling writer, I would get a wild idea for a story or novel and rush to the keyboard. Excited and inspired, I would sit down and bang it out. Maybe I went on to the next scene, but soon enough, my inspiration fizzled or I didn’t know what was coming next and, unable to see my way, I got confused and quit writing. Then I wondered what was wrong with me as a writer.

There was nothing wrong with me. It was my process—or, rather, lack of one—that was running my efforts aground. 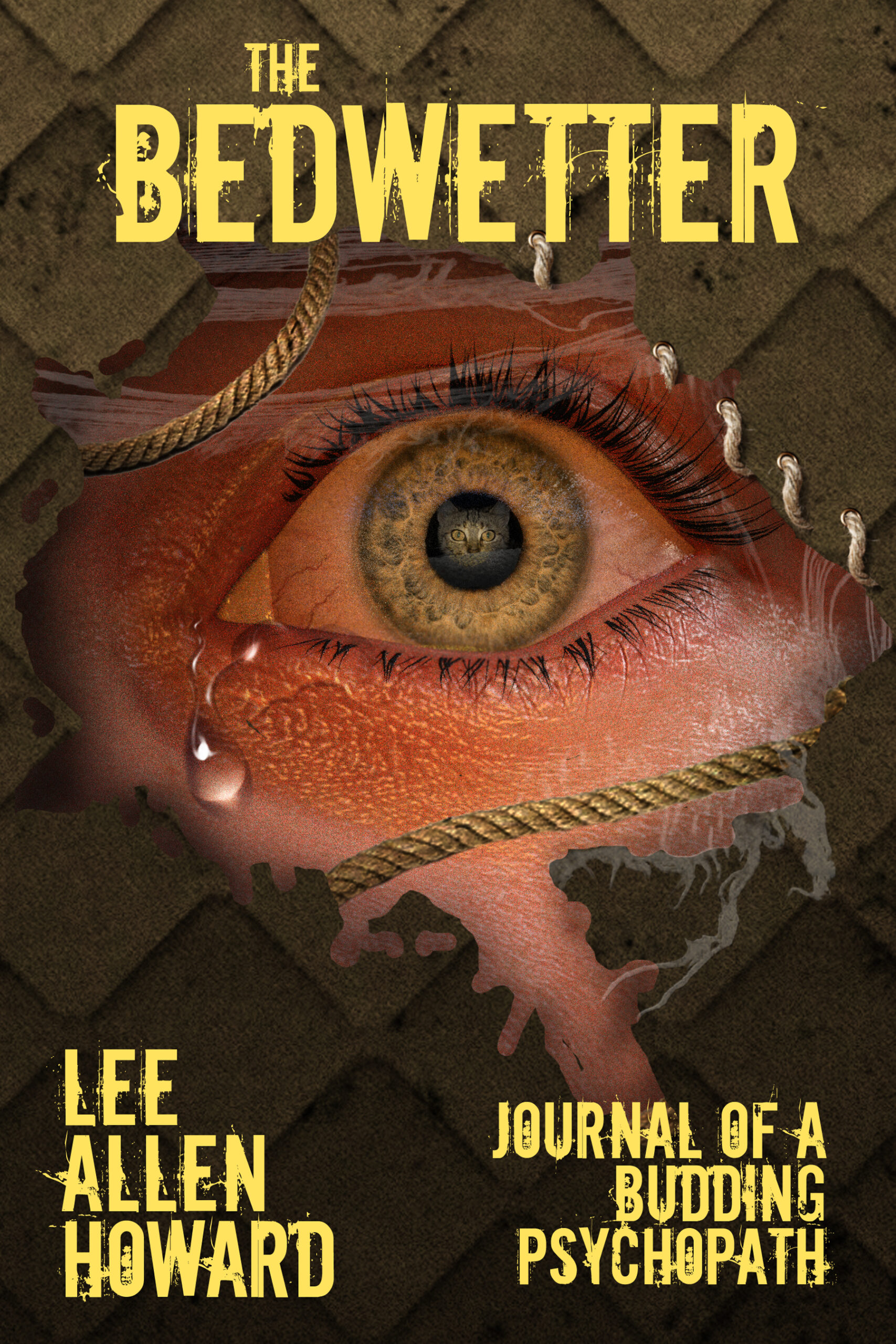 I talk about the idea development process, plotting, and drafting of my forthcoming psychological thriller in Progress Report on The Bedwetter. I did a lot of pre-writing for that book, meaning, beyond preliminary 12-point plot questionnaires and character sketches, I jotted down inspired snippets as they came to me—descriptions, events, scraps of dialogue—mostly written in the voice of my first-person protagonist Russell Pisarek. About 45 pages. I was just writing about the writing.

I used a similar process with novel #6 (working title: Dead Cemetery [The Covenant Sacrifice as of 2021]), doing the first 29 days of exercises in Alan Watt’s The 90-Day Novel.

All in all, I came out with 250 pages of pre-writing for Dead Cemetery. (It’s going be one of my bigger books….) Not 100% of those pre-writing exercises will end up in the book, but they contain many priceless nuggets that form the core of the story.

During this stage, I also do any necessary research and include my findings in my pre-writing (in a Scrivener project file) so that it doesn’t interrupt me unduly during drafting. (Of course, I will still need to check facts when I’m writing.)

Once I had my narrative outlined into three acts, I then used John Truby’s Blockbuster 6 (BB6) software to create taglines for each scene in the book. For example in The Bedwetter, “Russell asks Uma to lunch, but a rabbit ruins his plans.” Just the basic event or revelation.

For Dead Cemetery, I used an Excel worksheet to track information and events for five characters through the beginning, middle, and end. Here’s a labeled printout of the 24-page spreadsheet, blurred to prevent spoilers. (Yeah, it’s gonna be a big book.) 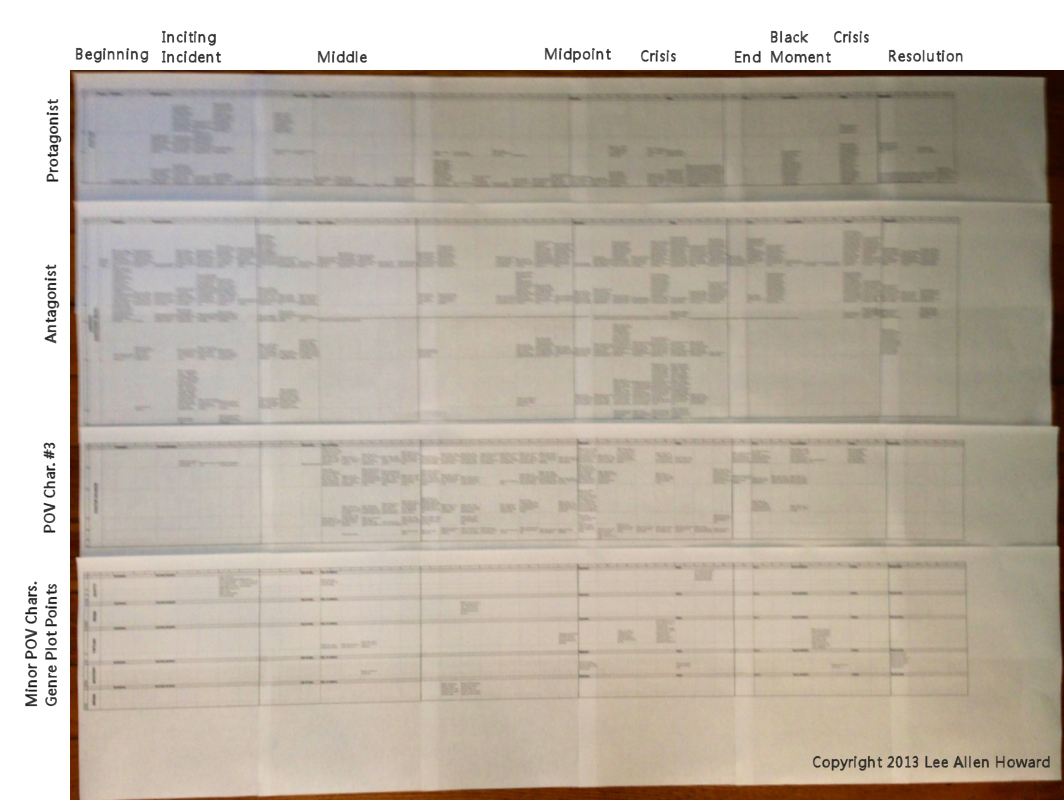 For The Bedwetter, I planned a scene for each one of the tagline events, answering such questions as:

For Dead Cemetery, I’ll review and rearrange the spreadsheet cells into proper story order. (Each cell contains a reference ID to a numbered paragraph in my pre-writing document.) When I get all the storylines as told through the POV characters in proper order, I’ll turn each cell into a tagline for Blockbuster 6, which will yield a list of scenes from the beginning of the novel to the end. (Note: You don’t need BB6 to do this. You could do it in a spreadsheet, word processor, or Scrivener.)

My novel-writing results and goals

Following this method, I wrote a 51,000-word draft of The Bedwetter: Journal of a Budding Psychopath between February 15 and April 4, 2013. It has only one POV character and is not a big book. (But it packs a severe wallop, I’m told by beta readers.)

Because Dead Cemetery is a bigger book, it’s taking me quite a while longer to do the pre-writing and plotting. I hope to start scene planning September 1 and finish by the end of the year so that I can begin drafting in January. With my stack of scene plans, I’ll write like gangbusters from beginning to end. I’ll probably go on a motel writing binge or three.

My novel-writing process sets me free

Following this process, I’m able to develop and test my ideas, get to know my characters, discover what’s happening, arrange everything in the right order, plan powerful scenes, and then write without stalling. My first draft of The Bedwetter was surprisingly clean. I’m hoping the same for Dead Cemetery.